We’ve all seen or read about GrabFood riders with disabilities but still know little about what their lives are like.

In a line of work that requires active communication, being hard of hearing is a huge obstacle to overcome.

Malaysian YouTuber Jenn Chia, AKA So, I’m Jenn learnt this after following deaf GrabFood rider Hassan around for a day.

Before the experience began, Jenn confessed that she had several preconceived curiosities about deaf people; the main one being their ability to ride a motorcycle. 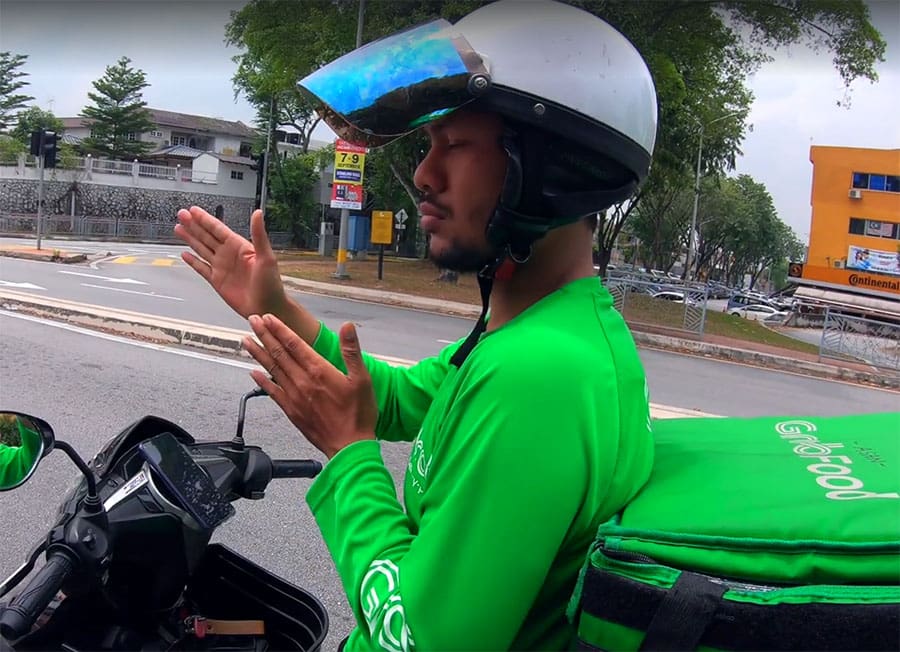 Anyone who rides or drives would know that apart from sight, we rely on our sense of hearing to pick up details like car honks and the sirens of emergency vehicles.

Following Hassan around as he zipped around the city on his motorcycle, however, gave Jenn an insight she never would’ve had had the opportunity not arise.

In order to simulate an almost exact condition, Jenn had to cover her ears with earplugs and heavy-duty, noise-cancelling mufflers. 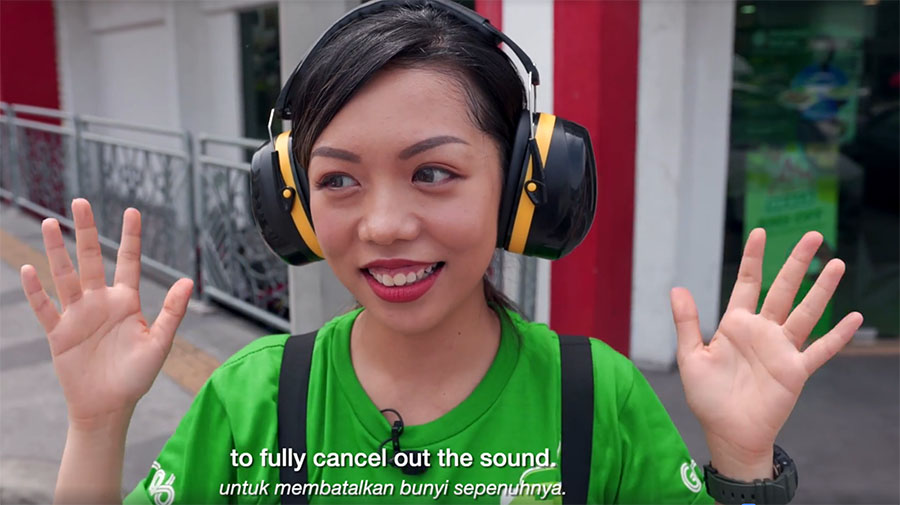 Riding pillion on another rider’s bike since she has no license, Jenn noticed the way her senses tangibly heightened.

Instead of hearing vehicles whizz by, she felt them rumble past her on the highway.

Even then, she couldn’t anticipate what would happen most of the time and was often caught by surprise.

Interactions manageable but job was challenging

Since the orders would flash on Hassan’s app, collecting and delivering them didn’t seem to pose as much of a challenge.

It was the out-of-control occurrences throughout the day that made the job challenging. 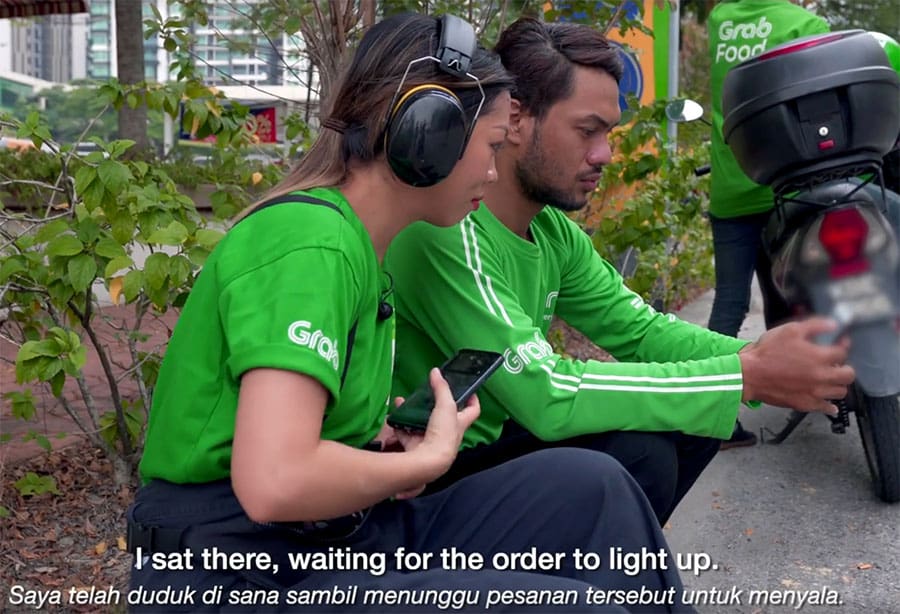 Having to wait for long periods of time in between orders, for instance, turned out to be rather tiring. As Jenn describes,

[I]t was incredibly tedious. There was a lot of alone time by myself. I sat there, waiting for the order to light up.

While the silent wait made her pay closer attention to things happening around her, it also reminds us of how difficult the work of a GrabFood rider can be.

The harsh truth was even more apparent when it started to rain, and Jenn had to rush to get a poncho. 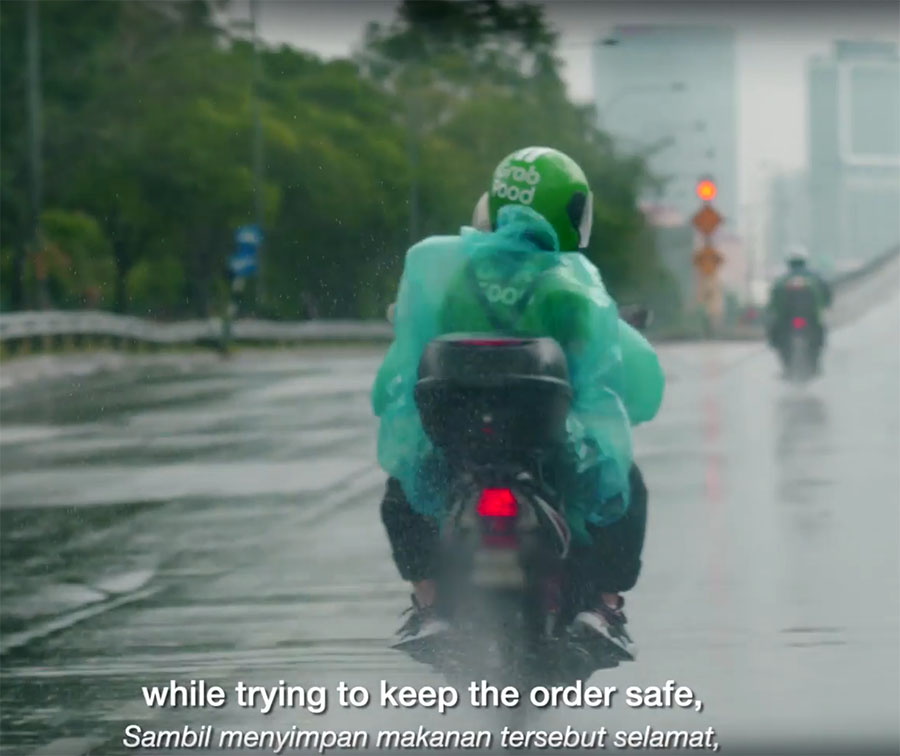 With her clothes soaking wet, she delivered an order to a customer, who apologised profusely for making her travel in the downpour.

No longer takes conversations for granted

Of course, Jenn’s video doesn’t only awaken a newfound appreciation for food delivery riders. The struggle to communicate with Hassan also taught her to appreciate conversations more.

Unable to understand Sign Language, Jenn had to often pause and wait for the interpreter to translate her exchange with Hassan. 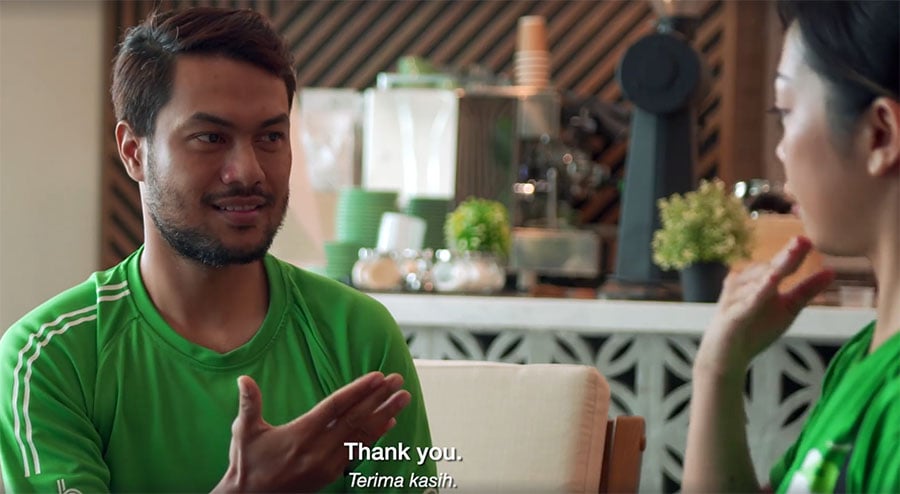 Being the only one among them who didn’t know Sign Language apparently made her feel out of place. Thankfully, she later managed to learn some basic signs.

But having to watch Hassan intently in order to understand him made Jenn realise that she has taken some of her conversations for granted.

We’ve all been guilty of only half listening to what other people have to say.

Kudos to Grab for their inclusivity

Jenn’s video certainly reminds us to appreciate the simpler things in life.

It also reminds us to be thankful for employers like Grab which provide equal opportunities for all.

Hopefully, more workplaces will follow suit, so that individuals with disabilities can do their parts for society.

S’pore Teen Masturbated In Front Of Woman & Tried To Flash Her, Gets 21 Months Probation