Caucasian Man In Taiwan Tries Domino’s Boba Pizza, Delightfully Downs All Of It In 30 Mins

Taiwan is well-known for their plethora of , with pearls so ‘QQ’ and tasty, this beverage is definitely a must-try for anyone visiting the country.

If you’re a fellow lover, you’ll be thrilled to know that Taiwan just stepped up their game when Domino’s released their new creation — Brown Sugar Milk Tea Boba Pizza.

If you think this sweet concoction sounds gross, it was apparently not the case for a Caucasian man in Taiwan, Lev Nachman.

Upon the release of this new Domino’s pizza, many people, including Mr Nachman, joined in the fun and bought a box himself.

As the boba pizza was such a bizarre creation, Mr Nachman had to document his experience on Twitter. 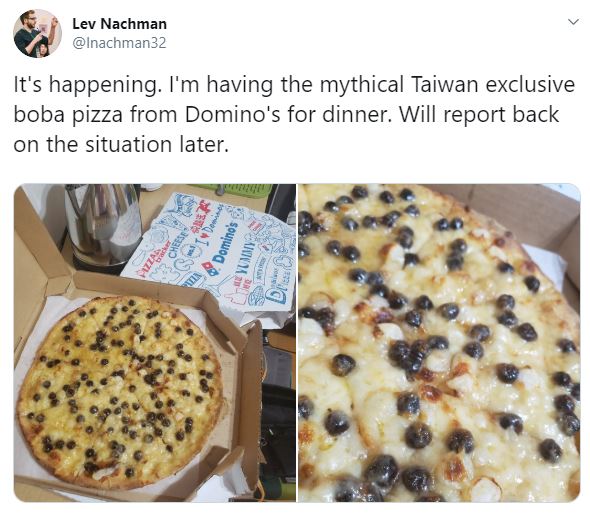 Just 10 minutes in, Mr Nachman continued the Twitter thread with a reaction probably no one was expecting.

Omg it’s incredible. They nailed it. Not joking, everyone here needs to try this.

Following the proclamation of love for the boba pizza, Mr Nachman shared that the pearls on the pizza wasn’t ‘mushy’ as imagined. Instead, they were,

Finished the entire thing in 30 minutes

Around 30 minutes later, Mr Nachman posted a picture of the pizza box with only a slice of pizza left. With that, he said “for all the haters, you should know it’s almost gone.” 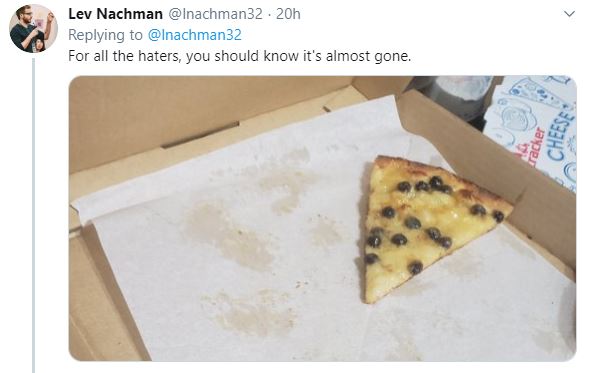 Unfortunately, this pizza is not coming to Singapore.

That means, you have about 1 month to book your flight and zoom to the nearest Domino’s in Taiwan to taste it for yourselves — if you’re really keen.

Doctor In Hubei Dies From Wuhan Coronavirus, Was On The Frontline Of Battle Against Outbreak