Golden Mile Complex Shop In Dispute With Man Over Gold Case, Police Called In To Negotiate

Ensuring that our jewellery and precious trinkets are stored safely is a priority for most of us.

That’s why this man’s alleged misadventure with a shop in Golden Mile Complex could hit close to home for some MS News readers. 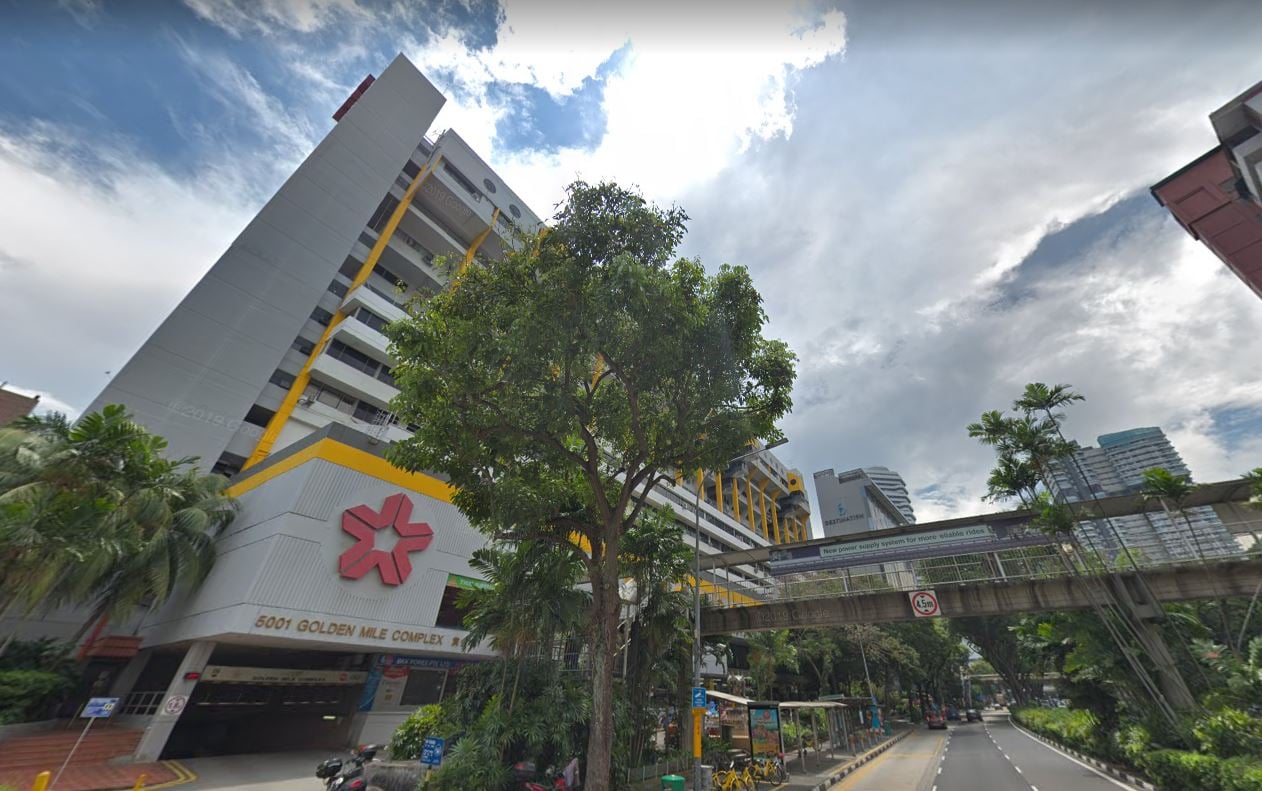 He claims that a shop owner charged him a total of $840 to make a gold case for his amulet — but did not want to return it to him due to a price disagreement, even after police were called in to settle the dispute.

Here’s his post in full, which has accumulated 1.2k shares at the time of writing. We summarise the story after the jump. 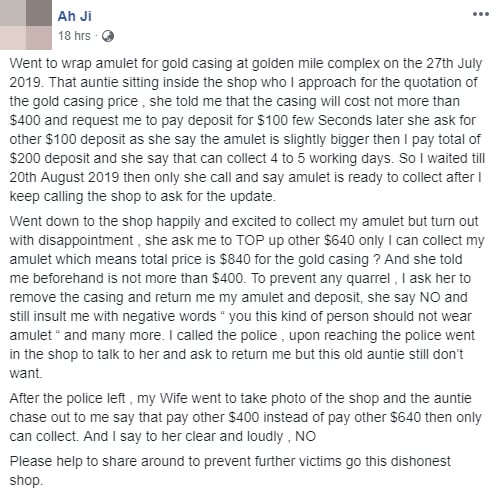 About a month ago, the man shares that he ordered a gold casing for his amulet on Saturday (27 Jul) at an unnamed shop in Golden Mile Complex. 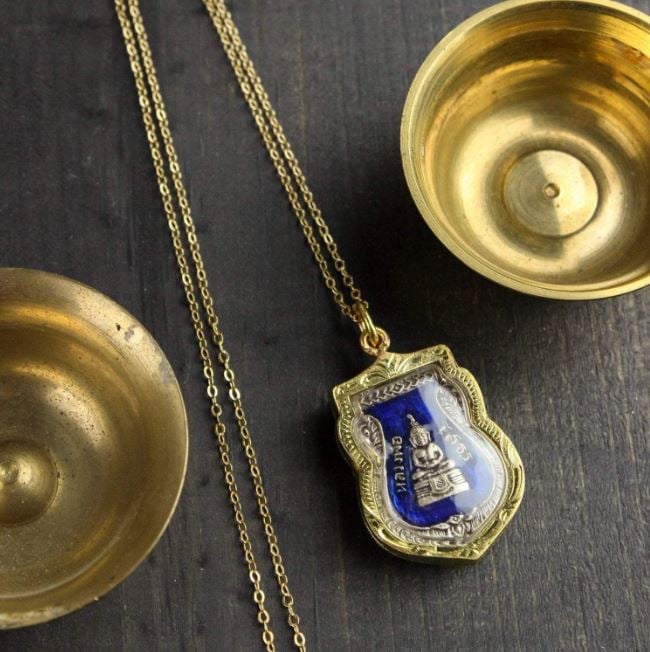 Photo for illustration purposes only
Source

He approached an “auntie” for a quote on the price, and was allegedly told that it would not cost more than $400.

A deposit of $100 was agreed upon, but the amount was changed shortly after to $200 as the amulet was “slightly bigger”, shares the man.

The next time they got in contact was 20 Aug – about a month later – to inform him that the amulet was ready for collection.

This ‘delay’ was despite his claims of “calling them” up to chase for an update.

But the man’s excitement was quickly cut short after he was told to top up another $640 upon visiting the shop. In addition to the $200 deposit he had paid, this would bring the total amount to $840. If you recall, by his account, they had agreed at an initial price of “not more than $400”.

He shares that he asked for his amulet & deposit to be returned, but was met with resistance from the shop’s staff.

The man further alleges that he was insulted with “negative words” and told,

You this kind of person should not wear amulet.

Understandably frustrated with the escalation, he called in the police to mitigate the dispute. However, they were still unable to come to an agreement, before the amulet can be returned.

The final words he was left with from this incident was allegedly to “pay other $400 then only can collect”.

This man then shared his story on Facebook in the hopes of preventing “further victims” from patronising the “dishonest shop”.

Try to get a receipt for your deposits

It’s important to note that this is just a one-sided account at the point of writing. We’ve reached out to the shop for their side of the story, and hope that both parties will be able to come to a resolution soon.

Most of all, we hope that the man and his amulet will be reunited soon, as he may have some sentimental attachment to it.

For the rest of us, do ensure that your purchases are well-documented with a receipt if an amount is agreed upon. This procedure will protect both customers & shop owners, if a price dispute does occur later on.

NUS Students Allowed To Take Exam From Home Due To Covid-19, Now They’re Suspected Of Cheating

Singapore Had A Circuit Breaker In 1918 Too, Thanks To The Spanish Flu