As protests in Hong Kong continue to escalate, citizens residing in other countries have joined the efforts.

A video that’s been trending on Weibo since 6 Nov, however, is an interesting snippet on how China’s citizens view the conflict, in stark contrast to the narrative that Hong Kong’s protesters believe.

You can watch the edited video by CGTN here, or her original post on Weibo in full.

We summarise the contents below, to give you a clearer picture on why the conflict will continue as both sides hold onto different narratives.

Woman tries to reason with HK protesters in Germany

The video kicks off with Ms Ya Lun, dressed in black, addressing a crowd of Hong Kong (HK) protesters gathered in Germany, who wish to seek “a revolution” back home. She questions them on the methods they’ll use to accomplish this, concerned that violence isn’t the answer.

A revolution, By what? By destroying the city? By setting fire to the metro station? By stabbing police in the neck? 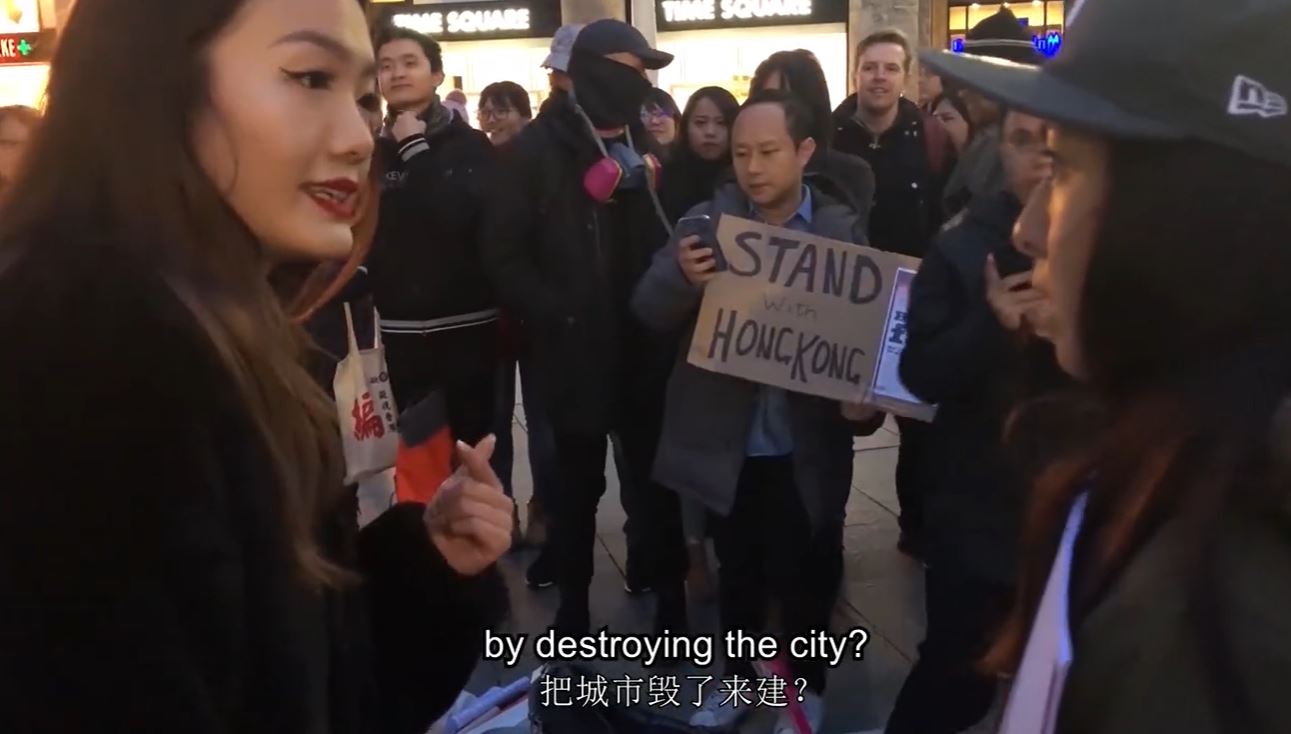 Her questions are ignored by most of them, who continue chanting “One Country, Two Systems”.

“China is strong because we are united”

A female protester then asks Ms Ya Lun why she’s in Germany instead of going “back to China”. Ms Ya Lun claims she can “afford this life in Germany” because China has remained “solid and united for the last 2,000 years”.

Protesters ask if “that’s true” and if she has studied “Chinese history”. Ya Lun continues,

Someone then questions her loyalty, if she’s proud of China, why doesn’t she speak her language?

Ms Ya Lun then asserts, in Chinese,

China has always been ‘One China’.
(中国从来都是一个中国.)

The conversation then turns to the use of violence by both protesters and the authorities.

Ya Lun asks emphatically if they’ve begun using violence in their protests — later citing the case of a 60-year-old taxi driver getting mobbed by a crowd.

A male protester points out that initial protests in June were peaceful, until police began “using violence first”, explaining why they retaliated. 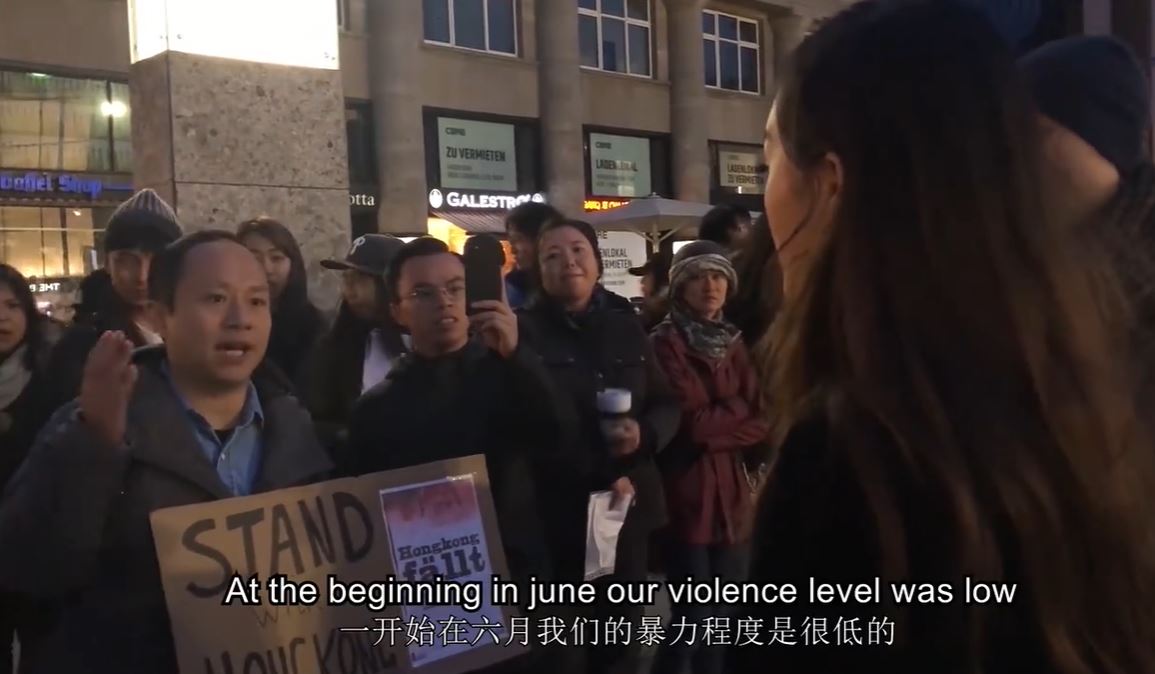 According to him, police have used “more tear gas” collectively in recent clashes than all of 2014’s pro-democracy protests combined.

Ms Ya Lun then points out in Chinese,

But we don’t stop people from going to work in a peaceful age, or stop others from having the life that they want. 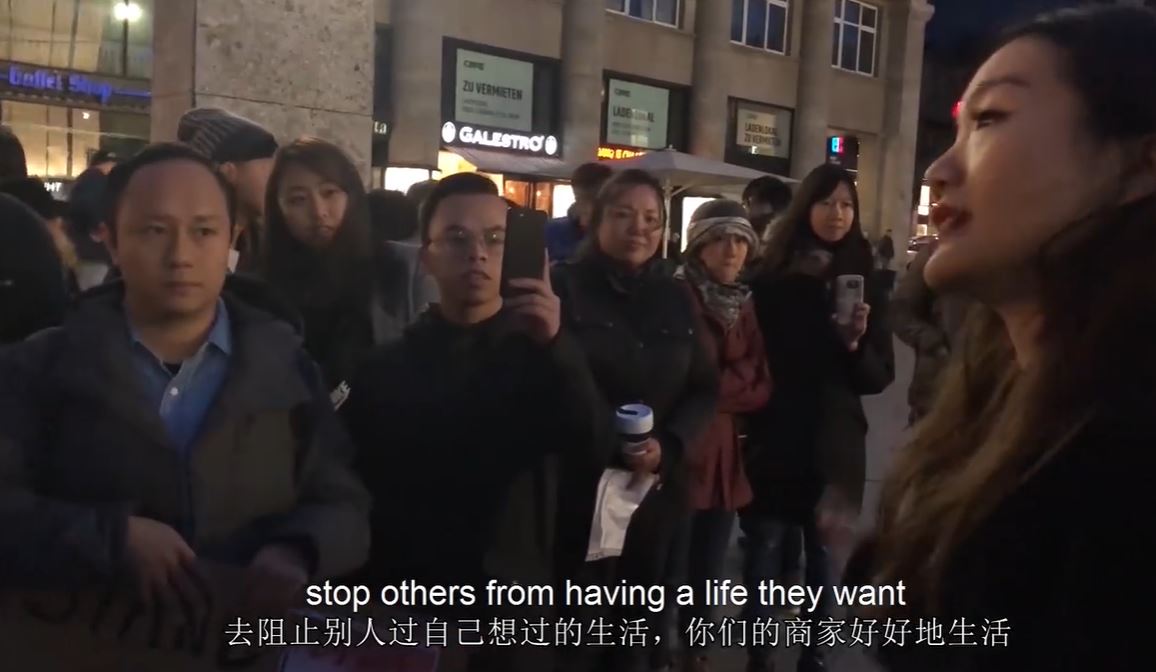 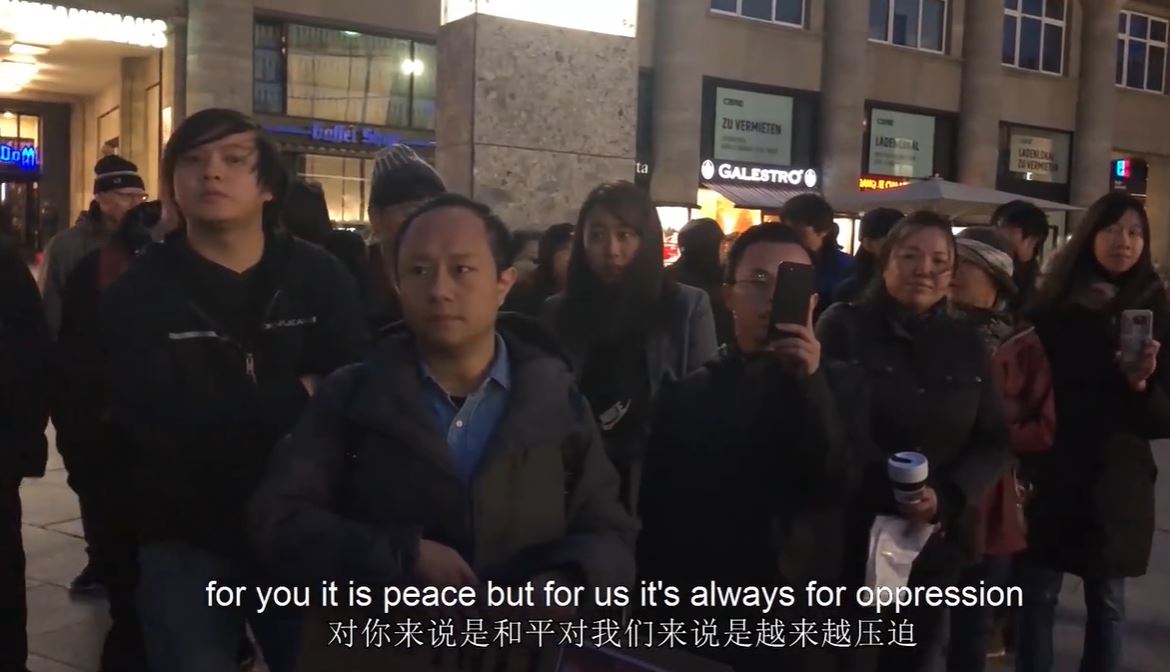 On the impact of continued protests on Hong Kong’s economy, Ya Lun points out that once peaceful city has been “turned into one of the most dangerous” places in the world. 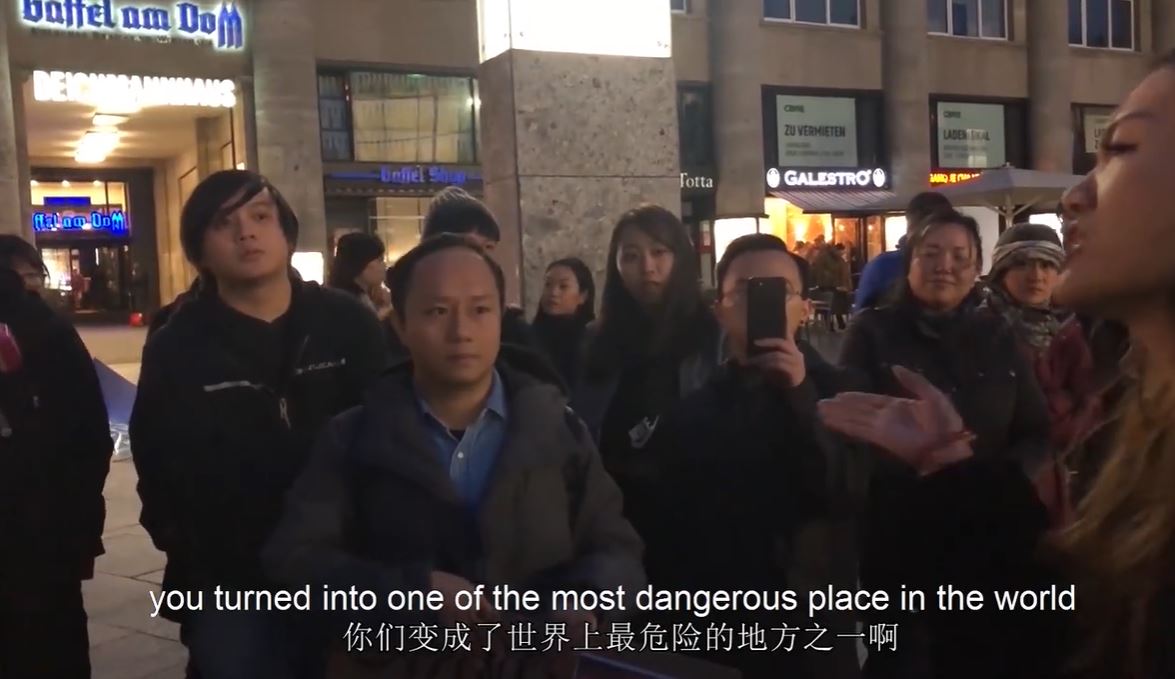 The angry crowd refuses to acknowledge that tourists fears have anything to do with them. Ya Lun asks if they know how important tourism is to Hong Kong’s economy. 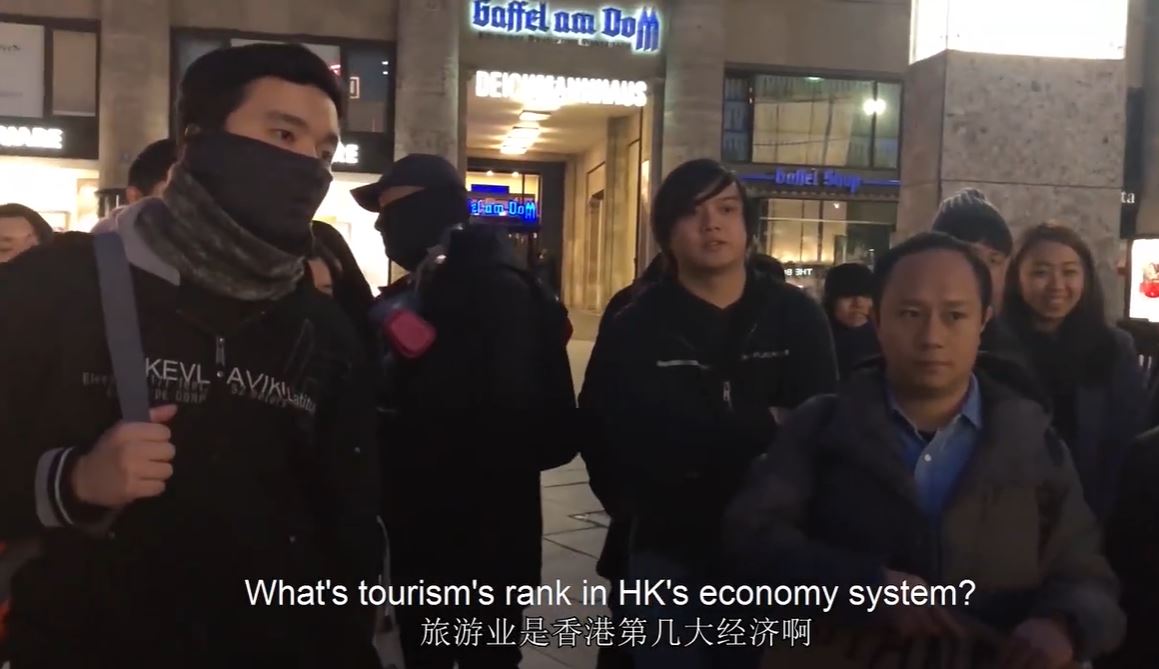 The masked male protester acknowledges that it’s ranked “first or second”, before Ya Lu counters in Chinese,

Hong Kong’s not recognised as a country

Ya Lun launches into a short monologue about how “Hong Kong’s freshwater is supplied by Shenzhen”, and that Hong Kong isn’t “recognised as a country anywhere in the world”.

As a result, she cannot comprehend why they would “sabotage (their) city in a peaceful age”.

A bespectacled protesters deflects the question by saying it’s “none of her business”. Others shout that Hong Kong’s their “country” and “city”, not hers. 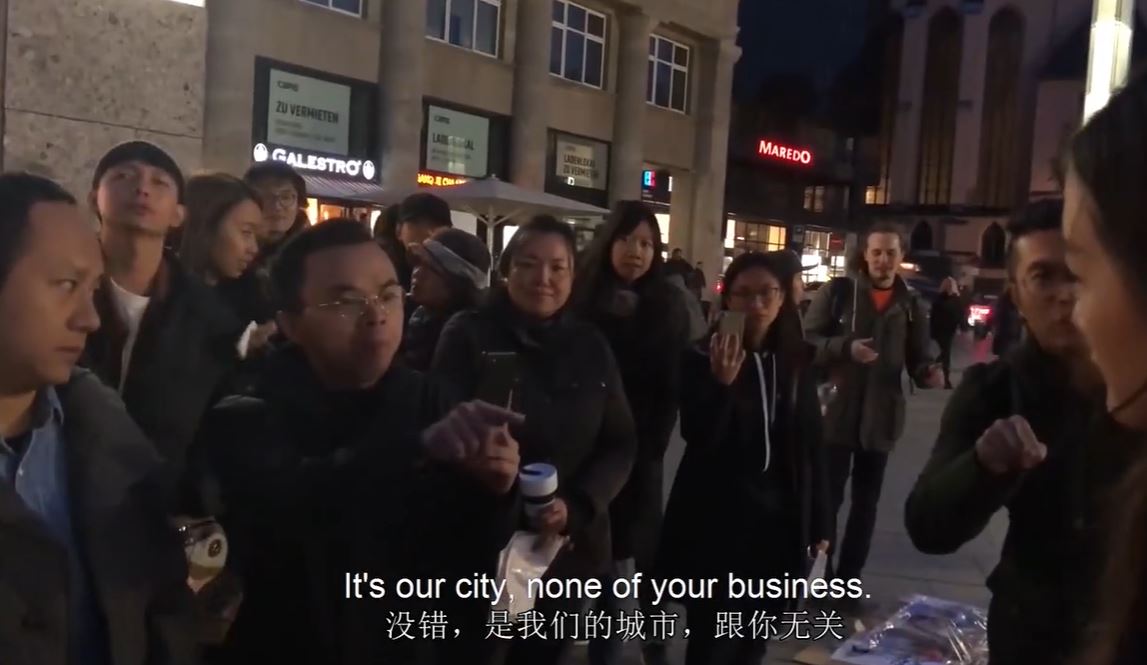 Ya Lun later reveals that she was born in Shenzhen, and had travelled to Hong Kong frequently when she was based in China.

Tries to speak Cantonese, but is told to switch to English

She then attempts to speak in Cantonese, to address the matter of “fire bombs” thrown within the city. 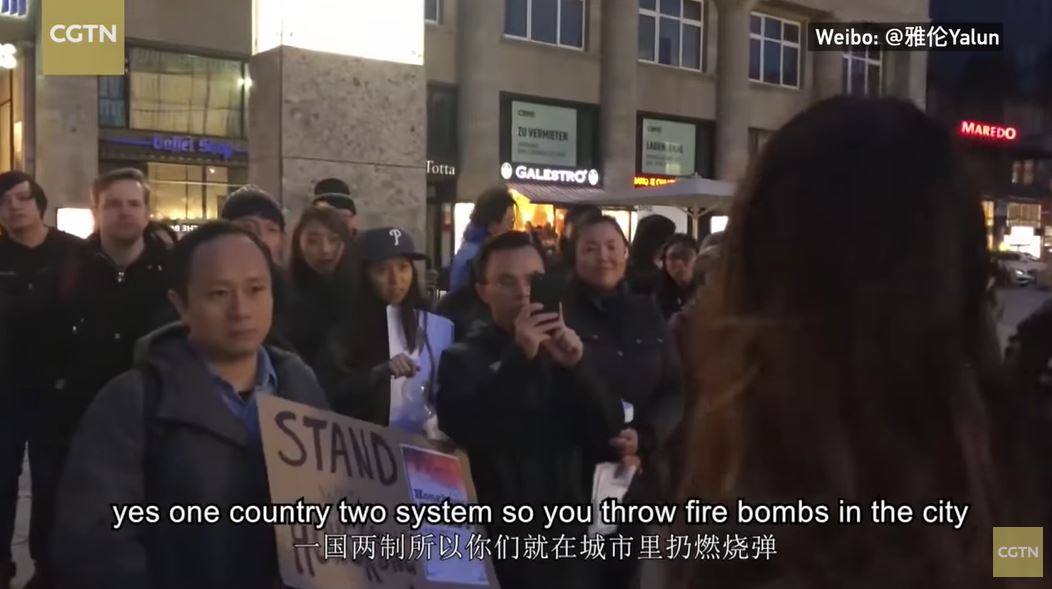 She’s then told by the protesters to switch to English, which she’s more fluent in. 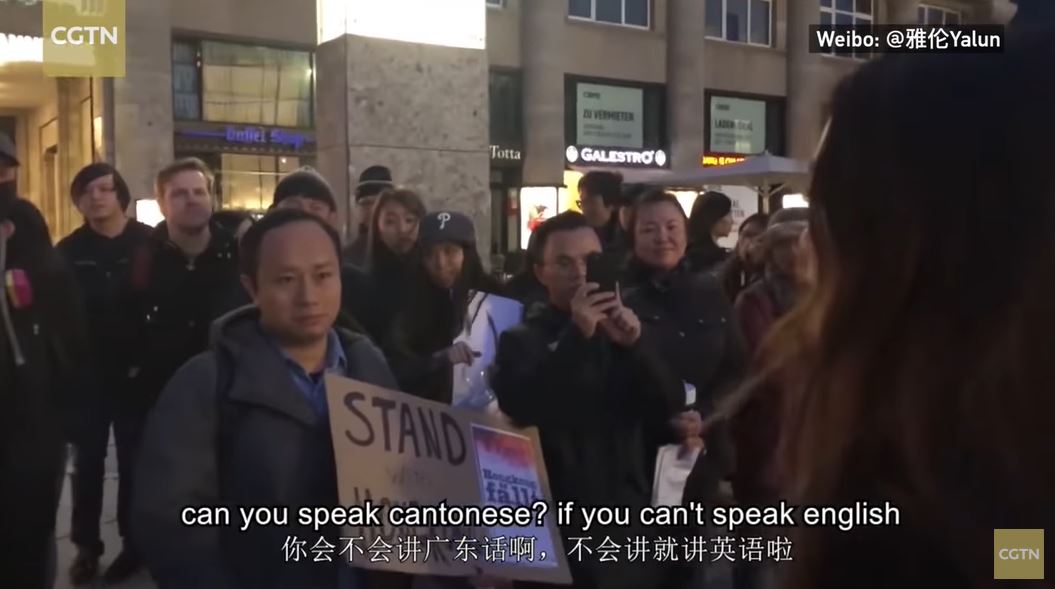 Lady speaks to crowd in German

Ya Lun then begins speaking in German as the crowd sings a Cantonese song in protest. 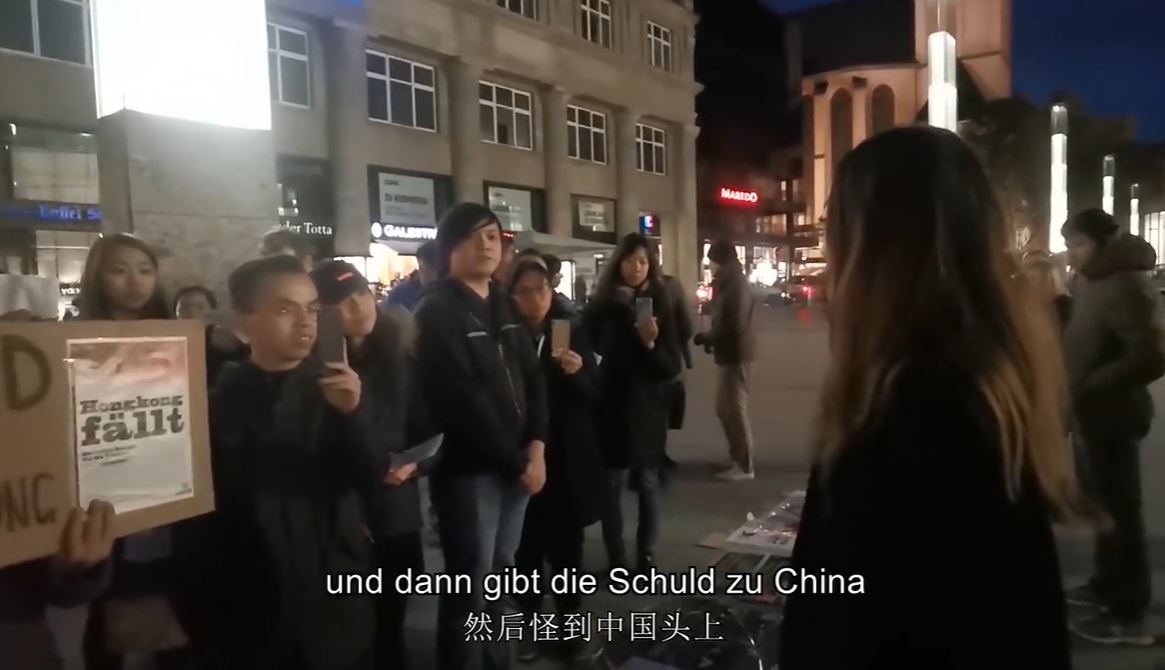 What are you doing? You ruin your city, then blame China for it.
(Was macht ihr da? Ihr runiniert eure Stadt und dann gebt ihr China die Schuld)

A calmer female protester then directs a question to her in English, why is she “so angry” about what they’re doing? 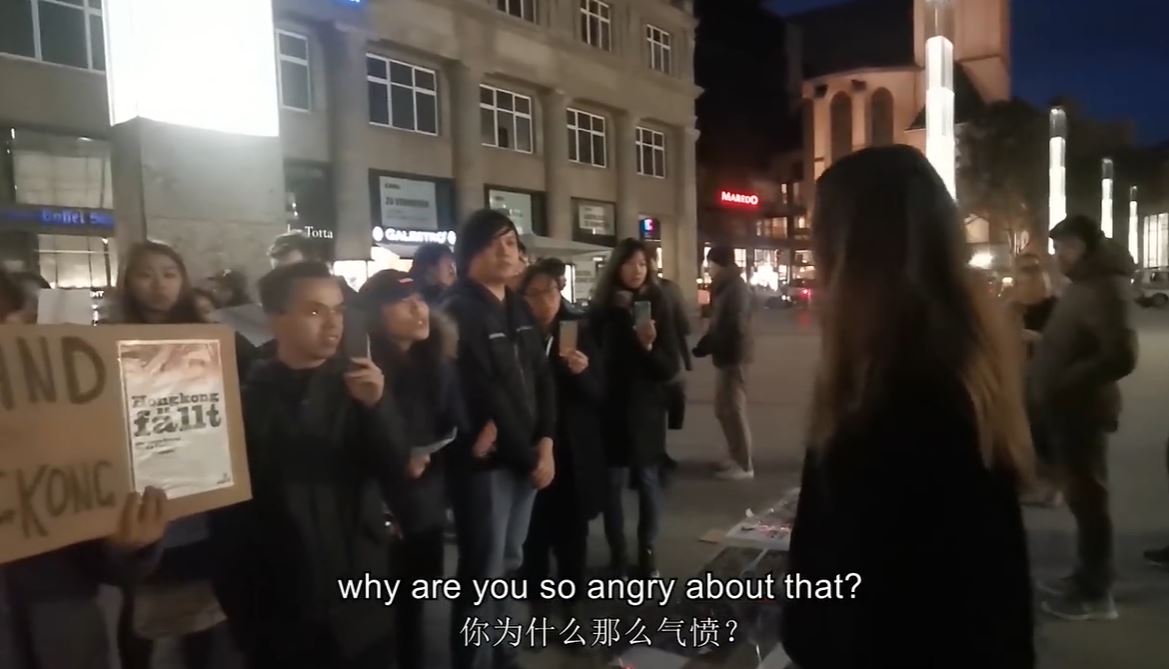 Ya Lun explains in English this time,

Because you’re trying to split my country.

The argument dies down after that, as protesters continue chanting their slogans. 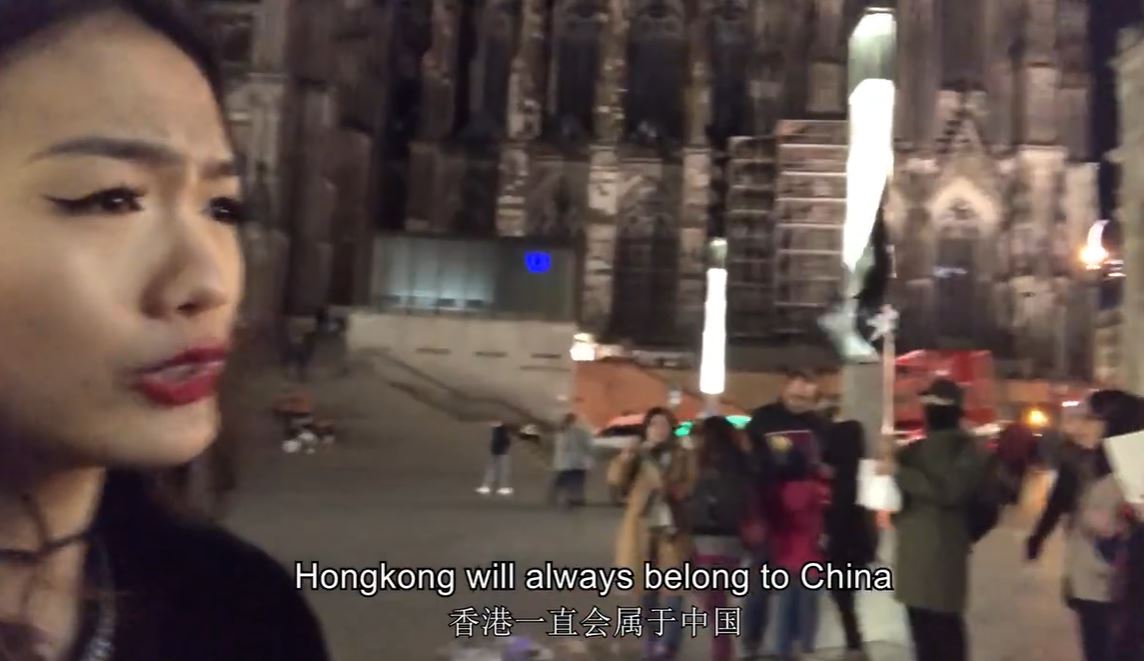 Ya Lun, sensing that she wasn’t getting through to them, ends the video by saying,

No matter where you stand, violence cannot be the answer

We think that arguments for both sides – Hong Kong’s citizens’ plight versus China’s rhetoric – are succinctly encapsulated in this viral exchange.

Cases of vandalism on companies with Singaporean links, like DBS’s case or a hypermall owned by Mapletree that was recently wrecked, may point to signs that violence is clearly escalating beyond state control. In the continuous fight for freedom, one must ask if the sacrifices Hong Kong’s citizens have already made, will be worth it.

Sadly, both nations won’t be able to resolve their conflicts anytime soon, if no one’s prepared to listen.

Out late partying? These bars stay open past midnight

Stray Doggo Cuddles 5 Kittens To Keep Them Warm In The Snow, Entirely ‘Family’ Gets Rescued