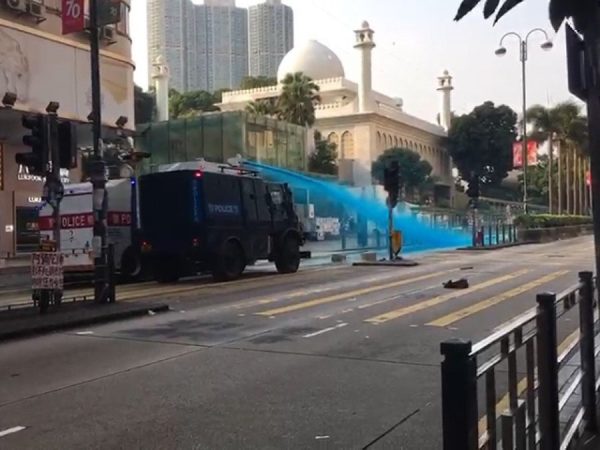 However, on Sunday (20 Oct), gates of the Kowloon Mosque was on the receiving end of the water cannon and was dyed blue as a result. 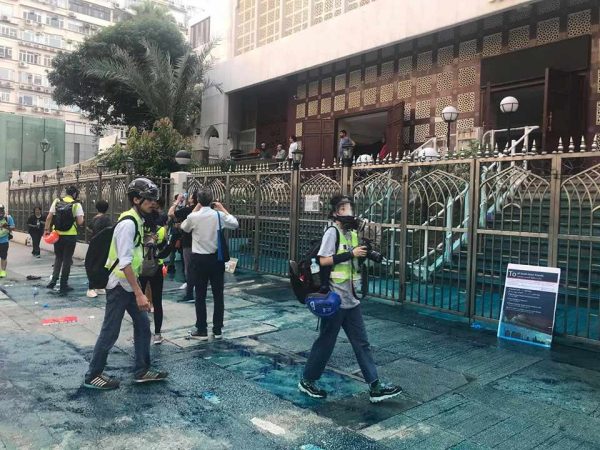 Just one day later, HK Chief Executive Carrie Lam, accompanied by the HK police chief, visited the place of worship to apologise for the ‘accidental spraying’.

On Sunday (20 Oct), some 350,000 protesters marched from Tsim Sha Tsui to West Kowloon against police brutality and the government’s choice to invoke emergency law.

In the days leading up to the protests, some ethnic minority groups in HK have been “on edge” after a prominent protest leader was allegedly attacked by several South Asian men.

Fearing retaliation, a small group of protesters stood guard outside the Kowloon Mosque — the largest one in HK.

Unfortunately, the police, in an attempt to clear the protesters, sprayed blue-dyed water at close range, staining the mosque’s gates and entrance. 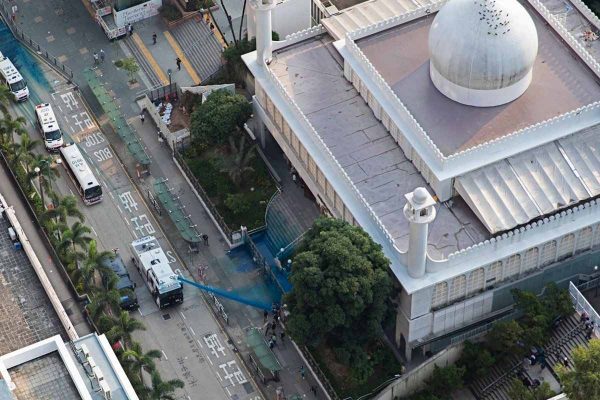 Police swiftly put out a statement, calling it an “accident“.

Volunteers allegedly arrived after an hour to clean the gates

One hour later, volunteers comprising protesters and other members of the public arrived at the scene to help clean the gate. 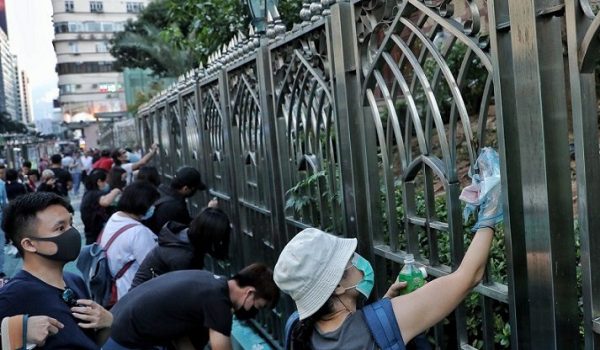 Others brought brooms to help scrub the grounds which had also turned blue. 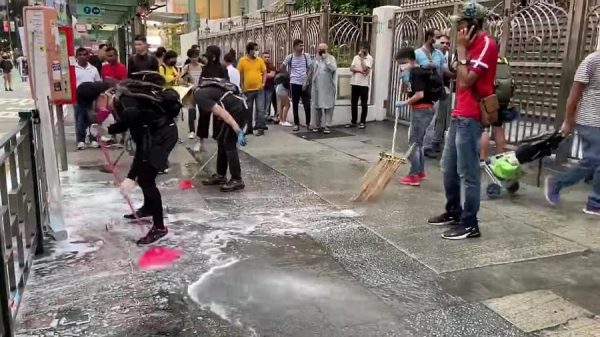 The next day, HK Chief Executive Carrie Lam, together with police chief Stephen Lo, visited the mosque to meet with leaders of the Muslim community. 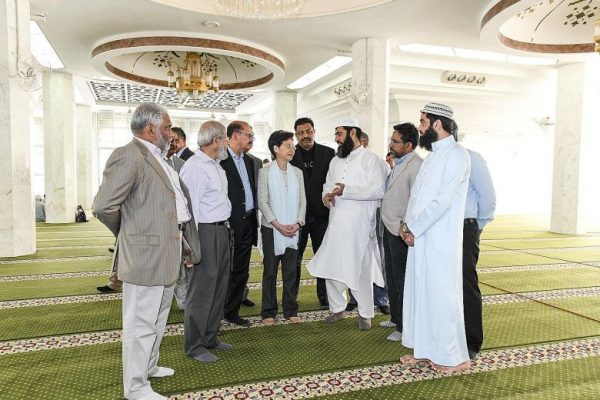 The pair did not issue any statement immediately after the visit.

However, Mrs Lam’s office later announced that she had apologised for the “inadvertent spraying of the mosque’s main entrance and gate”.

Kowloon West’s Regional Commander also apologised for the incident and stressed that they “endeavour to protect the community”.

The Chief Imam of HK has since accepted the apology.

This apology also marks the first time the HK police has issued a public apology since protests started in June.

While Hong Kong may have resolved this incident, the protests, on the other hand, have shown no signs of slowing down.

We hope the protesters and the HK government will work out their differences soon so the country will return to order.

Carousell to onboard over 2,500 local hawkers and small businesses onto its online marketplace – here’s how to register