While it looks like a camera filter, it isn’t. Those are actual, unfiltered pictures of Indonesia’s Jambi province captured on Sunday (22 Sep). 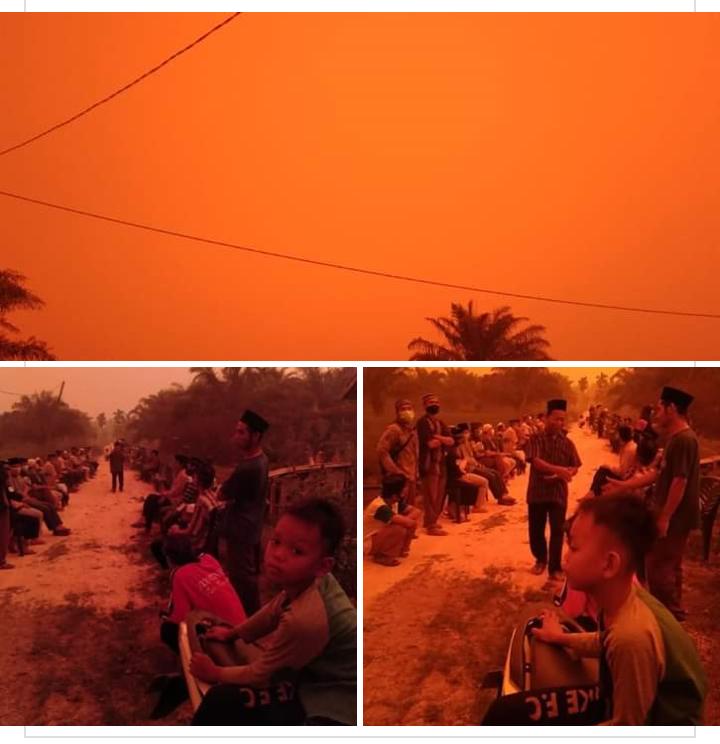 In case you still don’t believe the town was really suffused in that hellish red, here’s a video of a denizen riding on the dirt road. Notice how his headlights and light from the houses are still white, while everything else is red.

According to the Meteorology, Climatology, and Geophysics Agency (BMKG), the red sky is caused by something called “Mie scattering”. This is when the diameters of air particles match the wavelengths of light. The particles then block out certain colours of light.

In Indonesia’s case, the air was so filled with tiny particles, about 0.7 micrometres in diameter, that they blocked out nearly all the light from the sun. As a result, only the red light from the forest fires could reach the town.

As with all cases of haze, the BMKG said that the red colour will disappear as soon as the wind blows the smog away, or if rain washes down the particles.

Please put out the fires quick

The fires in Indonesia have been ravaging through the forests since June this year. The resultant haze has reportedly taken the lives of at least 2 people — an infant in South Sumatra and an elderly man from Pekanbaru.

The government is sparring no effort in trying to put the fires out. There are currently about 14,000 firefighters deployed, as well as planes attempting to cloud seed and water bomb the forest. 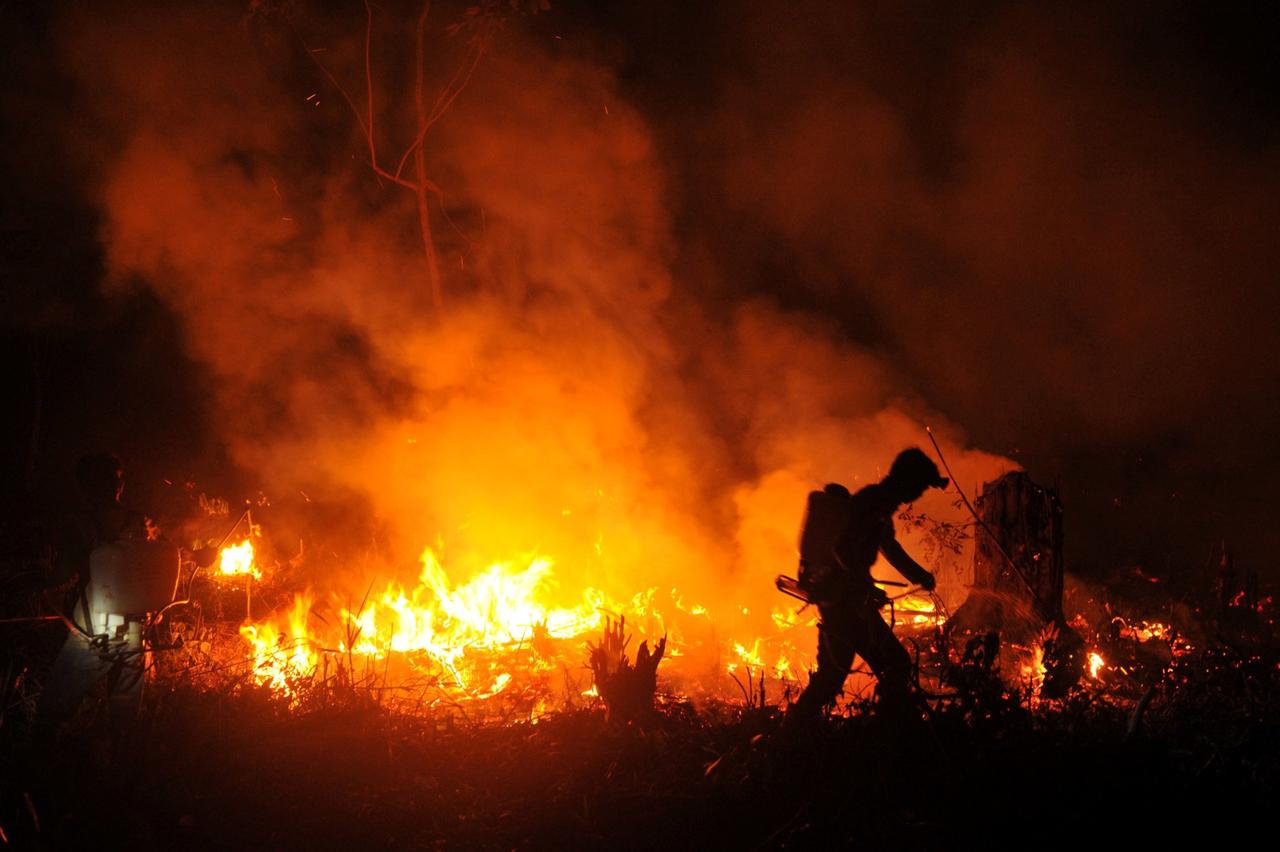 But in the near future, it seems the haze is here to stay. The forest fire is massive and will probably take a while longer to fully put out. So remember to wear a mask if you’re staying outside for a long period. Do also take more vitamin pills if you’re prone to falling sick because of the bad air.

M’sians In S’pore Can Return To Attend Funerals, Only For 3 Hours & Must Wear PPE