On Wednesday (21 Aug), pictures of this Chang’e statue in Chinatown circulated widely on social media. 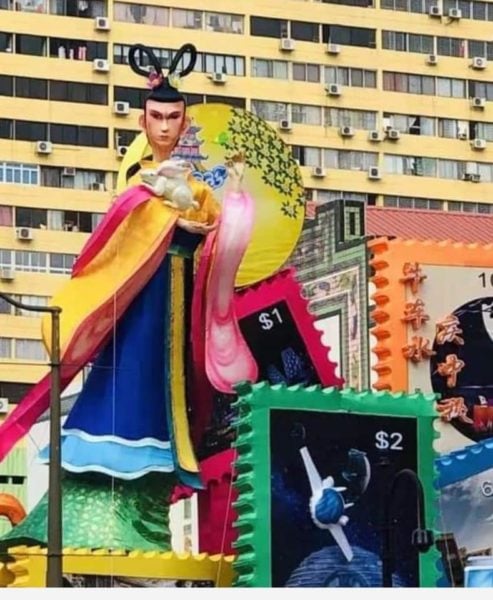 If you thought the statue looks odd, you aren’t the only one. Many criticised the statue for looking overly “masculine”, although her features were described as ‘delicate’ in the original folklore.

Yet just one day later, the statue reportedly underwent a ‘drastic makeover’ and she magically transformed into a chiobu overnight. 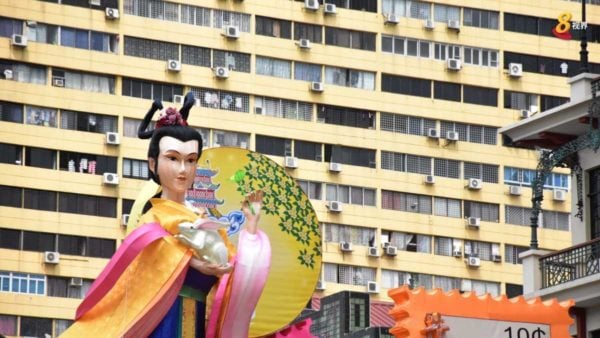 The Chang’e statue was part of the decorations in Chinatown to celebrate the upcoming Mid-Autumn Festival on 13 Sep. 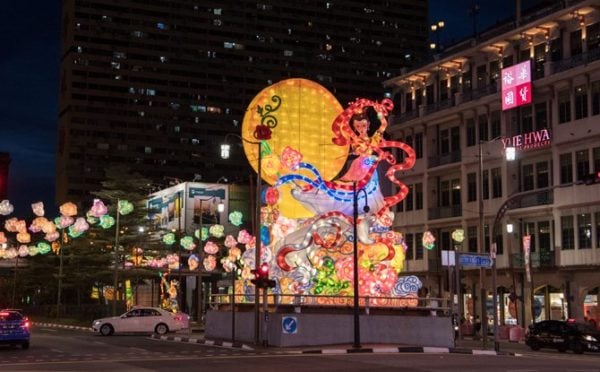 Netizens felt that this year’s Chang’e statue was slightly off, to say the least. A netizen shared a picture of the statue which has gone viral with over 2,300 shares at the time of writing. 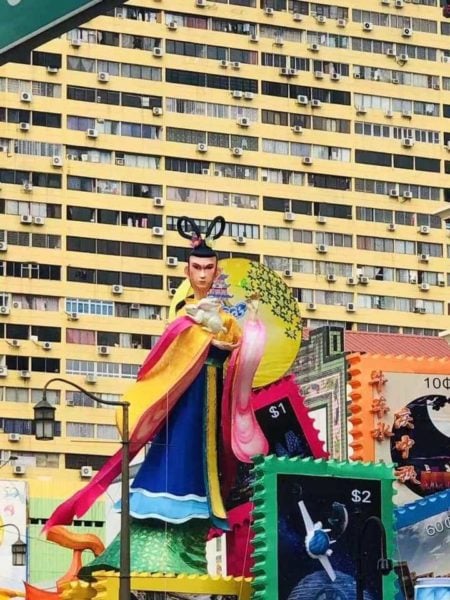 The picture came with a hilarious caption in Chinese that reads “这是嫦娥, 还是嫦哥?”

It roughly translates to “Oh my, is this Chang’e or Chang Ge?”. “Ge” here refers to “brother” in Chinese.

But just one day later, the Chang’e statue underwent an extreme makeover and transformed into a chiobu overnight.

In particular, the complexion of ‘new’ Chang’e appears to be complimented by a lighter shade of ‘foundation’. Her eyebrows also have a gentler arch as compared the angular ones seen before. 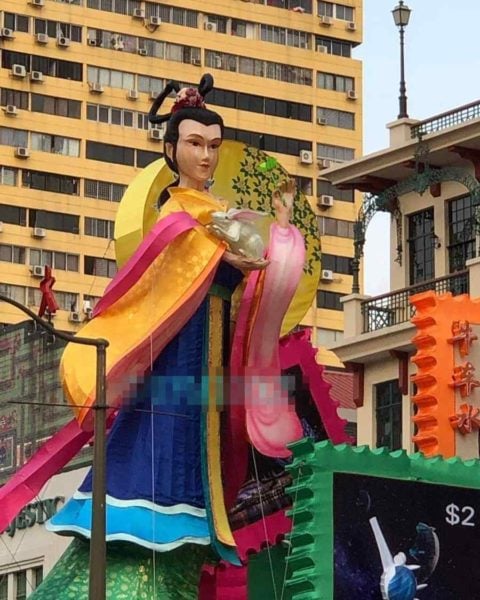 A floral hair accessory has also been included, presumably to add a ‘feminine’ touch.

Worked overnight to ‘touch up’ on the statue

A spokesperson from the organising committee said that they worked overnight to ‘touch up’ on the statue’s appearances after receiving feedback from members of the public.

He added that the new Chang’e statue now better resembles what most people would imagine her to look like.

For those who may not be familiar with Chinese folklore, Chang’e is a beautiful lady who became the Chinese Goddess of the Moon after consuming the elixir of immortality.

She is the central figure in a famous tale that is widely told to be the origin story of the Mid Autumn Festival.

Join the Mid-Autumn festivities in Chinatown

Kudos to the organisers as well as those involved in the transformation for their prompt action.

We hope the new statue will put members of the public in the joyous mood for the Mid-Autumn Festival which is fast approaching.

The statue, should you wish to have a look at it, is located at the junction between New Bridge Road, Eu Tong Sen Street, and Upper Cross Street.

Do you prefer the new version of Chang’e? Or were you comfortable with the OG Chang’ge statue? Share your thoughts in the comments section below.

Girlfriend Gets Desserts As Gift, Rants To Partner For Giving Her Something She Dislikes