Most parents are usually wary about letting their children on the Internet, let alone on social media.

But a young Singaporean boy is proving that social media can spread positive vibes with his adorable Twitter account.

His older cousin shared this discovery in a tweet that went pretty viral on Saturday (7 Sep). 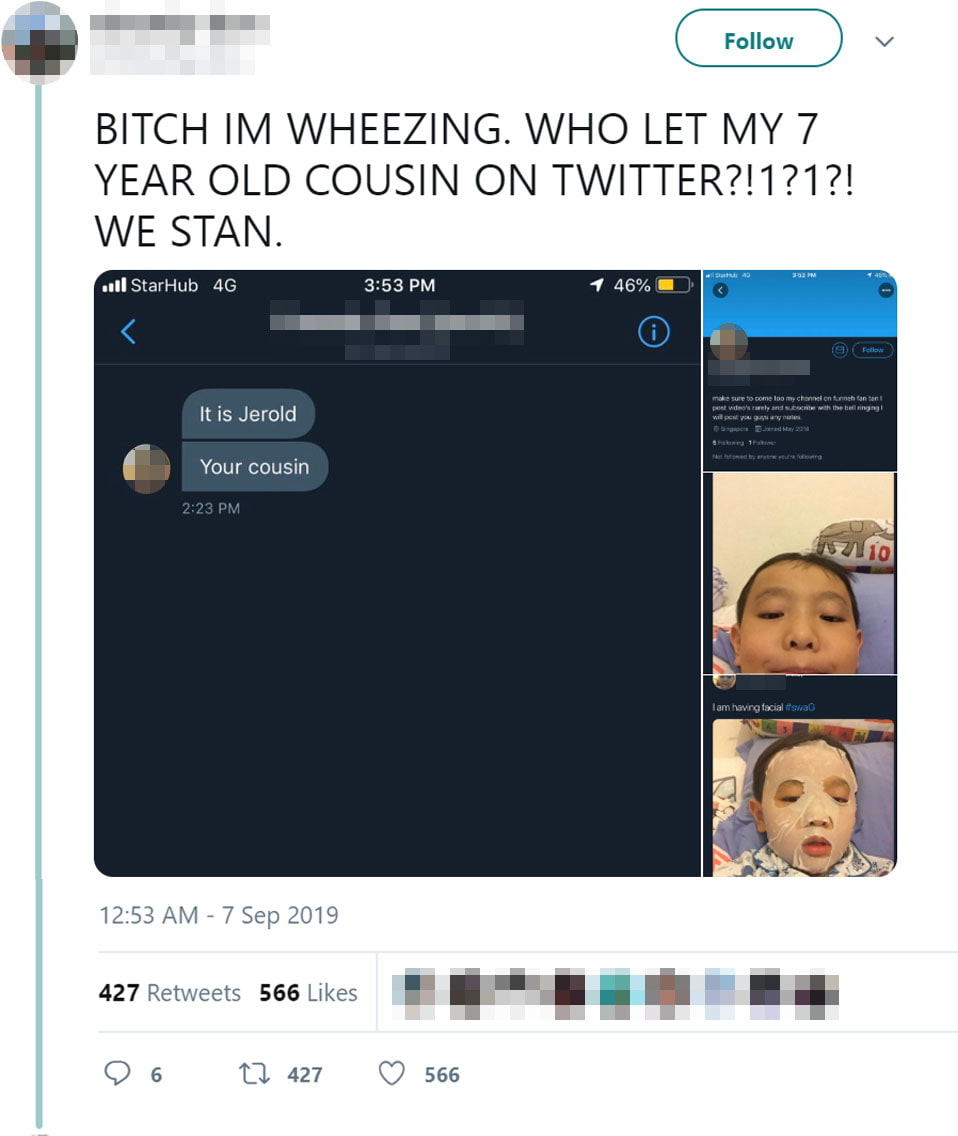 Rightfully curious, he investigated further and learned some hilarious new things about his young cousin.

The 7-year-old who goes by the name Jerold, has apparently been on Twitter since 2018.

Though clearly inactive with only four tweets, the last being in May 2018, the content he shared could very well hint at a future influencer.

3 of his 4 tweets were made in one day, following what looked like a busy routine.

Jerold first shares a picture of himself wearing a facial mask early in the morning, with the hashtag “swaG”, like a trendy skincare expert. 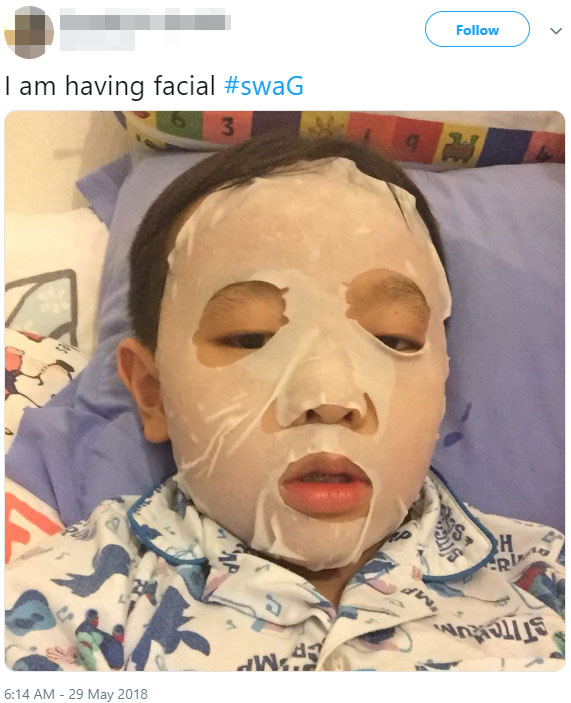 He then goes for a cafe date with his family, which he also shares a snapshot of, before returning home to update on his skincare regimen.

A selfie of him “after facial” shows baby-smooth skin that every tired adult would envy. 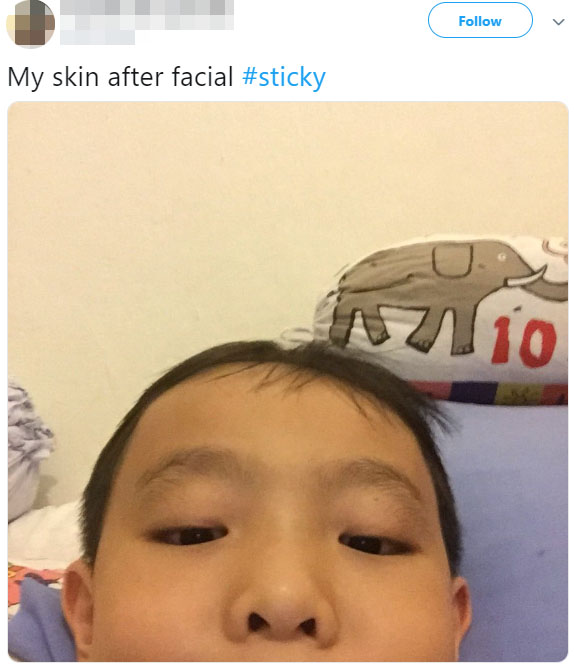 That was the last of Jerold’s tweets, and now we’re raring to read more.

Wondering if the child’s mother is aware, the Twitter user sent the screenshots to her asking her to “claim” her son. 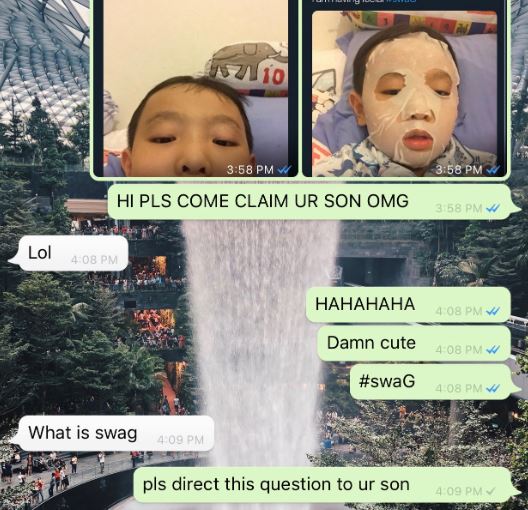 Apparently not caught up with the times, she asked what “swag” means, and was told to ask her young son instead.

For those who don’t know, “stan” or Twitter language refers to slang vocabulary that Twitter users often use. 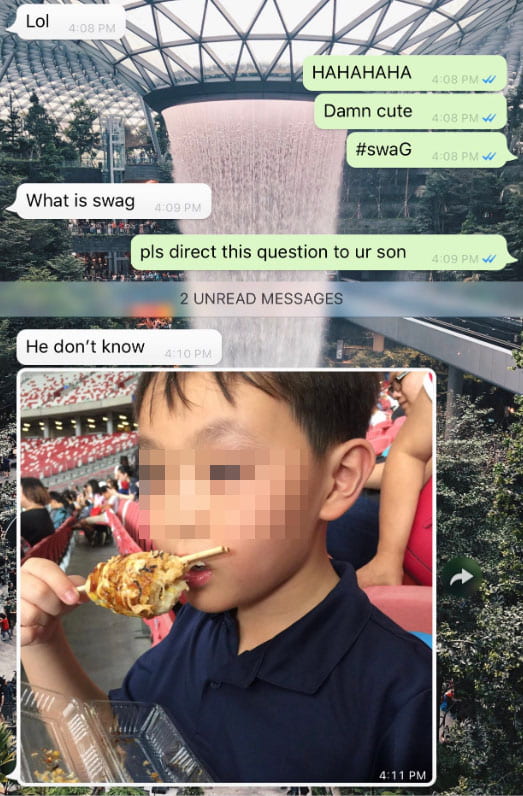 Jerold coolly replied that he didn’t know, while chomping on his food.

Had this tweets gone extra viral, Jerold could well be on his way to becoming Internet famous. But only time will tell.

For now, we hope that he keeps coming up with wholesome content if he decides to make a comeback. It’ll surely be a pleasant change from the negativity that often goes around.

The post Singaporean Discovers 7-Year-Old Cousin Has Twitter & We All Stan How Basic He Is appeared first on TinySG.

Plastic is the big winner at the Singapore Grand Prix –

Sleep better with these tried and tested tricks