Thai Lady’s Power Bank Explodes Even Though It Wasn’t Plugged, Possibly Due To Poor Circuitry

Power Bank Exploded Even Though It Wasn’t Being Charged

Deep inside us, we all have the fear of our power banks exploding. So maybe you take precautions whenever you’re charging one, to put it at a distance from you.

However, in one case reported by World of Buzz, a Thai lady was sleeping when her power bank, not plugged in for charging, exploded beside her bed. 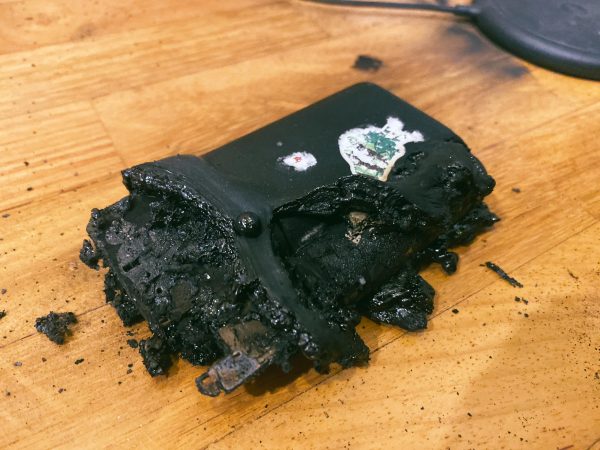 The Thai lady shared on Facebook that she woke up at 5am to find the power bank burning.

In the post, the Thai lady uploaded photos of the destroyed power bank. It had parts blown off and burnt.

She recounted that she had woken up coughing to a burning smell at around 5am.

When she opened her eyes, she saw smoke coming from where her power bank was and swiftly got up to extinguish it.

According to the Facebook post, the power bank runs the standard lithium-ion battery and can hold up to 10,050mAh of electric charge. Explosion may have been due to poor circuit design

According to online tech website Mobility Arena, one main reason why power banks explode is because of poor circuit designs.

For example, if a temperature control feature is not added into the power bank, it could cause the power bank to overheat and explode.

Other reasons include poor battery quality, where manufacturers use a cheap battery for the power bank and improper usage of the power bank such as overcharging your power banks.

Preventing your power bank from exploding

Some ways you can prevent an explosion are:

You should also get your power banks from trusted brands and suppliers. There are tons of really, really cheap ones in the market these days — and not to mention the free ones that you get from doing random surveys. Wiser to spend a little and save yourself the scare or harm.

Yellow Line Is Finally A Circle In LTA’s Latest Map, Looks Like Pac-Man If You Tilt Your Head