After a weak first half, Richemont’s business started its turnaround in the second half of the financial year, which ended in March 2021.

From a 25% year-on-year revenue decline in the first half at constant exchange rates, the Swiss luxury group enjoyed a 36% rise in sales in the last quarter. As a result, revenue for the full year was down just 5% compared to the year before, to slightly over €13 billion.

Beneath the strong recovery in the group’s numbers lay a recurring theme: a disparity in performance between regions, channels, and divisions. This echoes that of its rivals and the broader luxury-good industry – characterised by a strong recovery in Asia, moderate recovery in the United States, and continued weakness in Europe. And within the group, Cartier and Van Cleef & Arpels are powering ahead, leaving most of its watchmakers lagging.

Continuing a trend that began in the third quarter, sales in Asia Pacific – all Asian countries except Japan – rose by a staggering 106% in the final quarter, boosting revenue in the region by 22% for the year.

Asia Pacific sales are now the largest proportion of Richemont’s revenue at 45% of the total, compared to the historical one-third share. The performance was driven by strong sales in China, both in Richemont’s physical stores and its online mall on Alibaba’s Tmall Luxury Pavilion.

Elsewhere, there were also improvements but less marked. Despite comebacks in the final quarter, the Americas ended the year with sales down 10%, while Europe was down 30% for the year, a consequence of its past reliance on high-spending tourists.

With many of the group’s physical stores shuttered due to the pandemic, Richemont’s online channels saw their sales increase 6%, with the fourth quarter seeing a 22% rise.

Despite the growth, Richemont’s online division, made up of Yoox Net-a-Porter and Watchfinder, remained in the red with an operating margin of -10.2% for the year, resulting in an operating loss of €223m.

Sales at Richemont’s own physical stores were largely flat, up 2% for the year. Strong growth in Asia Pacific and Middle East was offset by declines in other regions.

The positive numbers in Richemont’s own channels, both online and off, mitigated the continued decline of its wholesale business, which is mainly made up of sales to specialist watch retailers. The group’s wholesale revenue decreased by 25% for year, implying that third-party retailers are reducing inventory. Consequently, wholesale is now just 24% of group sales.

But the biggest takeaway from the group’s results was the strength of Richemont’s jewellery division, dominated by Cartier and Van Cleef & Arpels, but also including new addition Buccellati, which probably accounted for far less than 5% of the division’s revenue. Now making up just over half of group revenue, the division achieved a 7% increase in sales, helped by a 54% spike in sales for the final quarter. At the same time, the division’s operating margin increased to 31%. 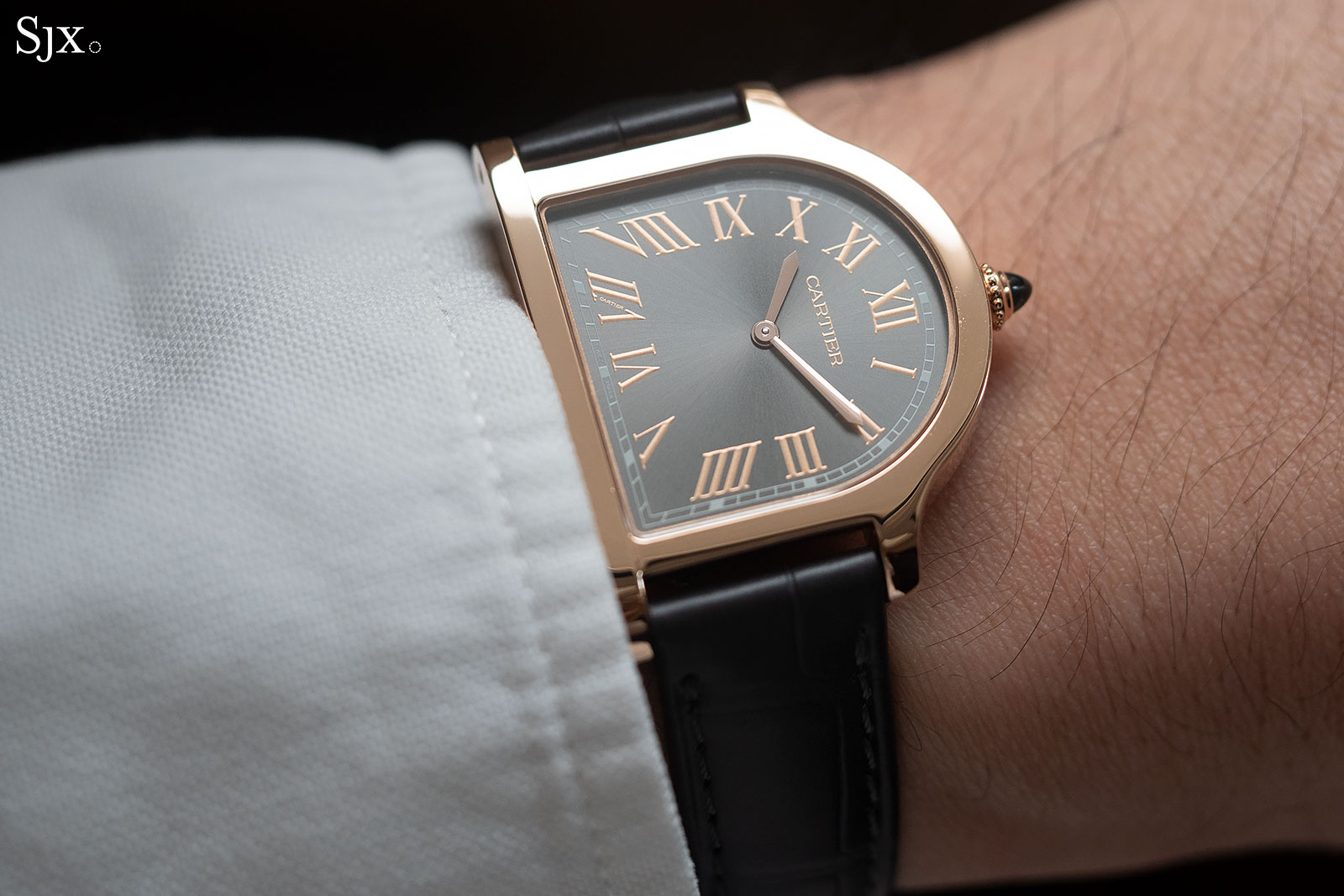 In contrast, the eight brands of its watch division – including A. Lange & Söhne, IWC, and Panerai – made an operating profit of a miserly €132m, having suffering a halving of its operating margin, which is now just 5.9%. This comes on the back of a 21% decline in the division’s sales for the year.

Besides the fall in sales, the operating margin was compressed by higher gold prices, lower utilisation of production capacity, and a strong Swiss franc. While unstated in the results announcement, another reason for the weak numbers is the fall in wholesale orders for the watch division, which is more reliant on third-party retailers than Richemont’s jewellers, which sell primarily through their own stores.