Having proclaimed himself the “Master of Complications”, Franck Muller the man was once one of the most inventive contemporary watchmakers. He has stepped back from the business that bears his name – which is now known for its extravagant style – but the brand continues to have the occasional interesting complication. 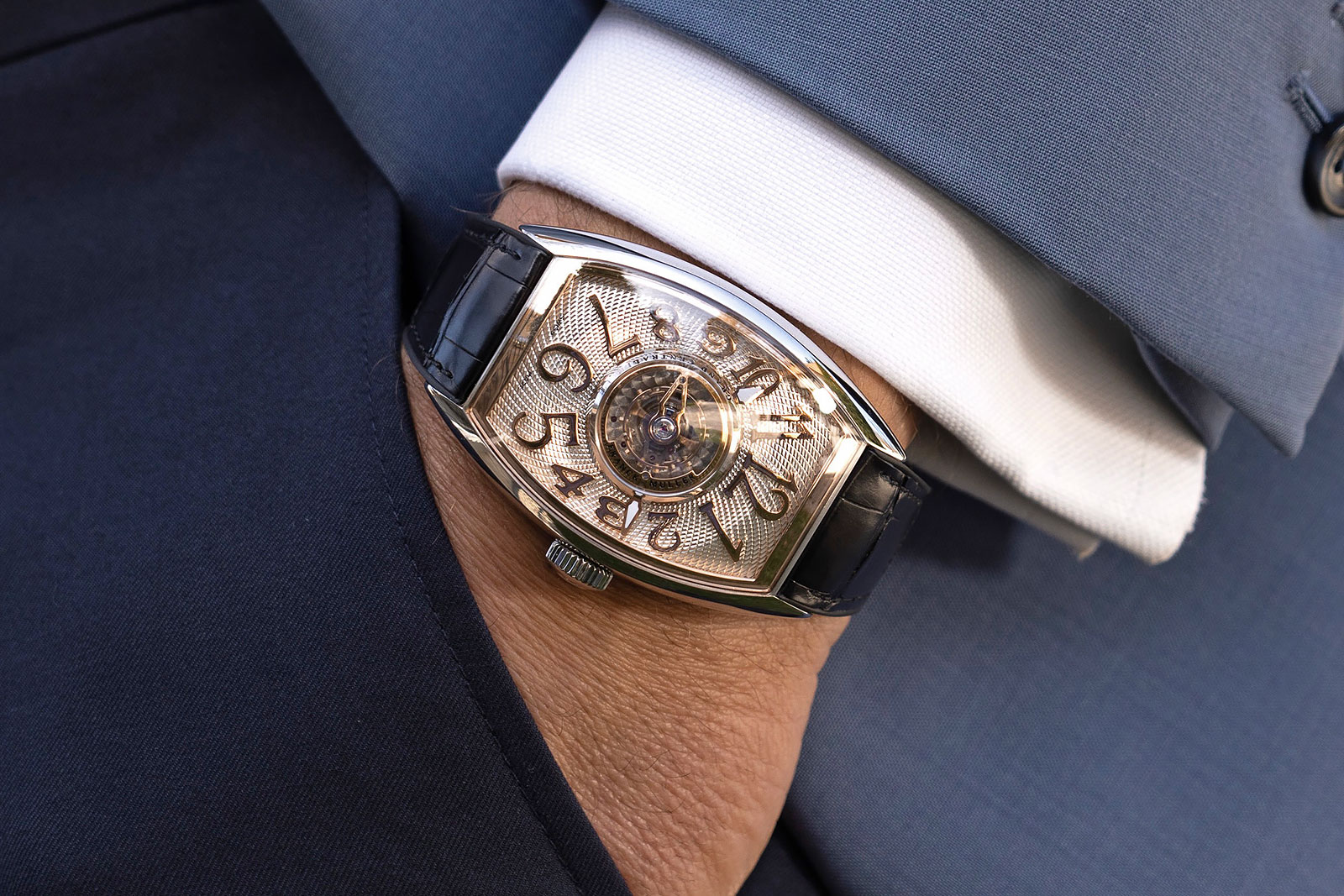 Today Franck Muller is mostly associated with flashy watches like the Vanguard Skeleton Sapphire. But long ago Franck Muller himself debuted his first tourbillon wristwatch in 1984 – a Breguet-inspired watch with just “Franck” on the dial – the first of many tourbillons he would go on to create.

The Grand Central Tourbillon evokes some of Franck Muller’s history with its unusual central tourbillon. The complication is rare, with only a handful of brands having accomplished a central tourbillon, most notable amongst them Omega and Beat Haldimann. And Franck Muller has made it more interesting – the movement is automatic with a four-day power reserve. 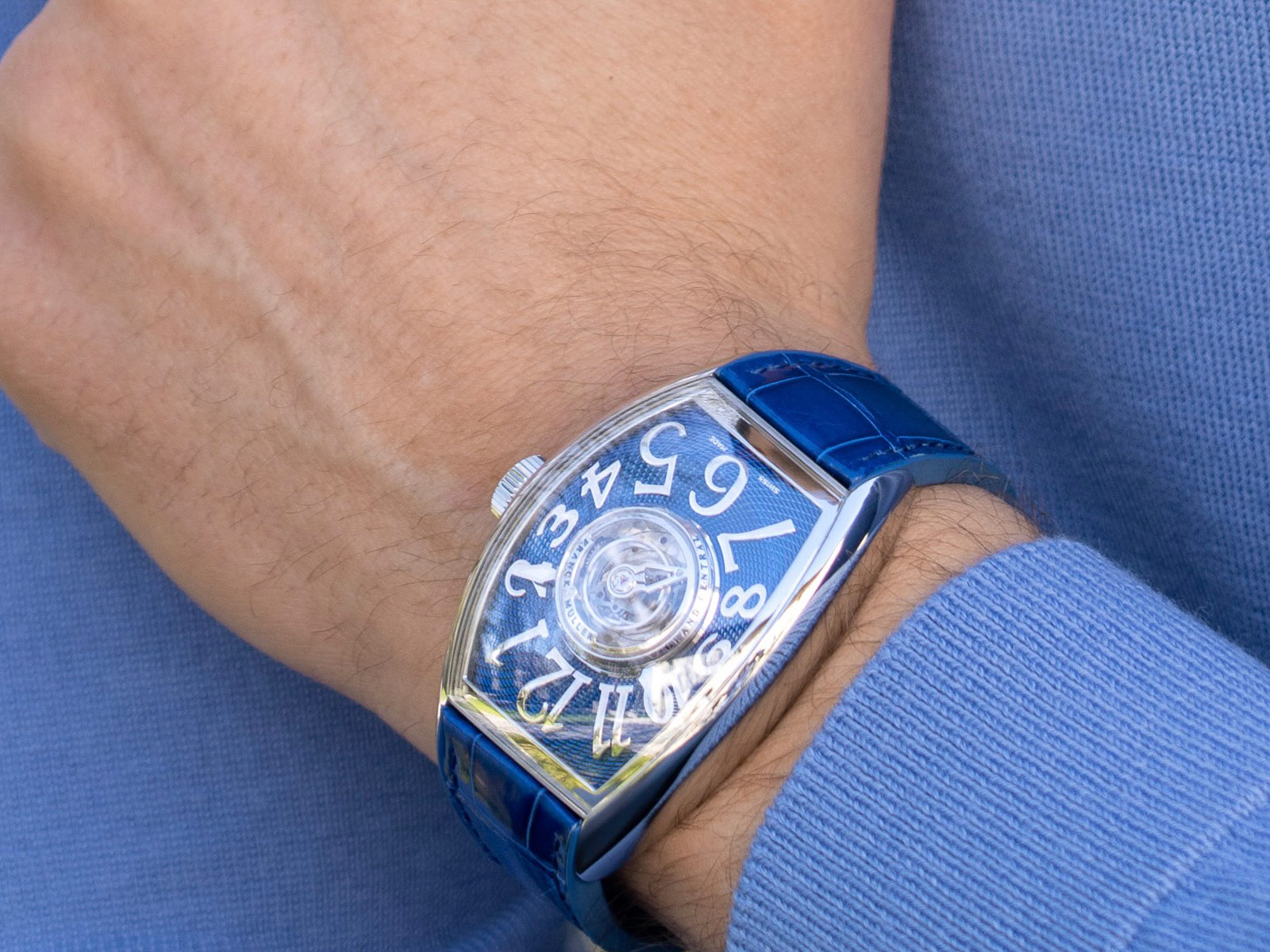 As per the norm for the brand, the Grand Central Tourbillon is available in myriad colours and metals – some iterations almost indistinguishable from the next – but my pick is the blue dial. The vivid shade stands out from the rest of the dials and highlights the stamped guilloché.

Starting at CHF112,000 in steel, the Grand Central Tourbillon is moderately priced as far as such watches go. The competitive price makes it a worthy option if you’re seeking an unconventional tourbillon, even if Franck Muller is not a brand that’s typically on your radar. 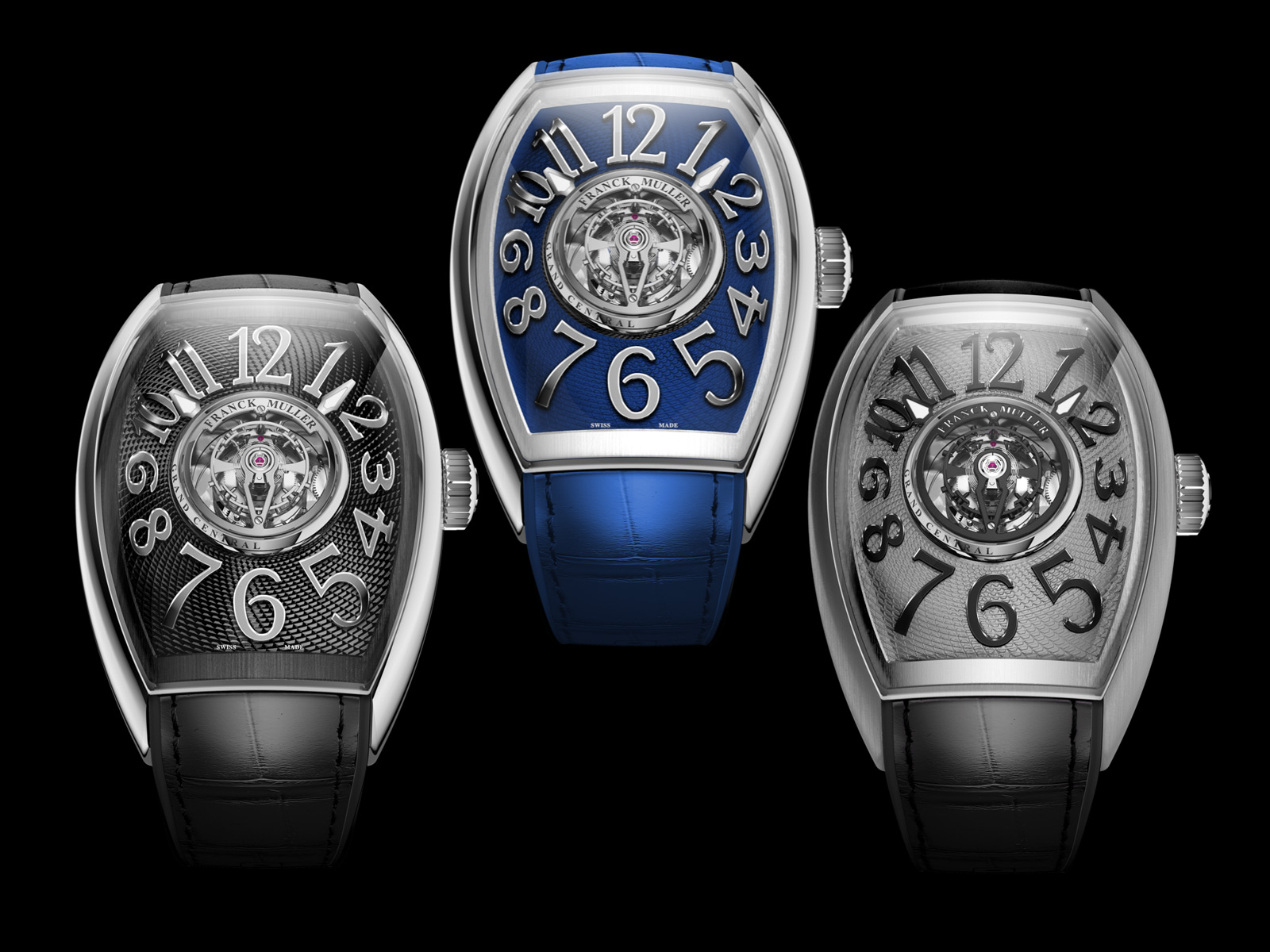 The Grand Central Tourbillon in steel 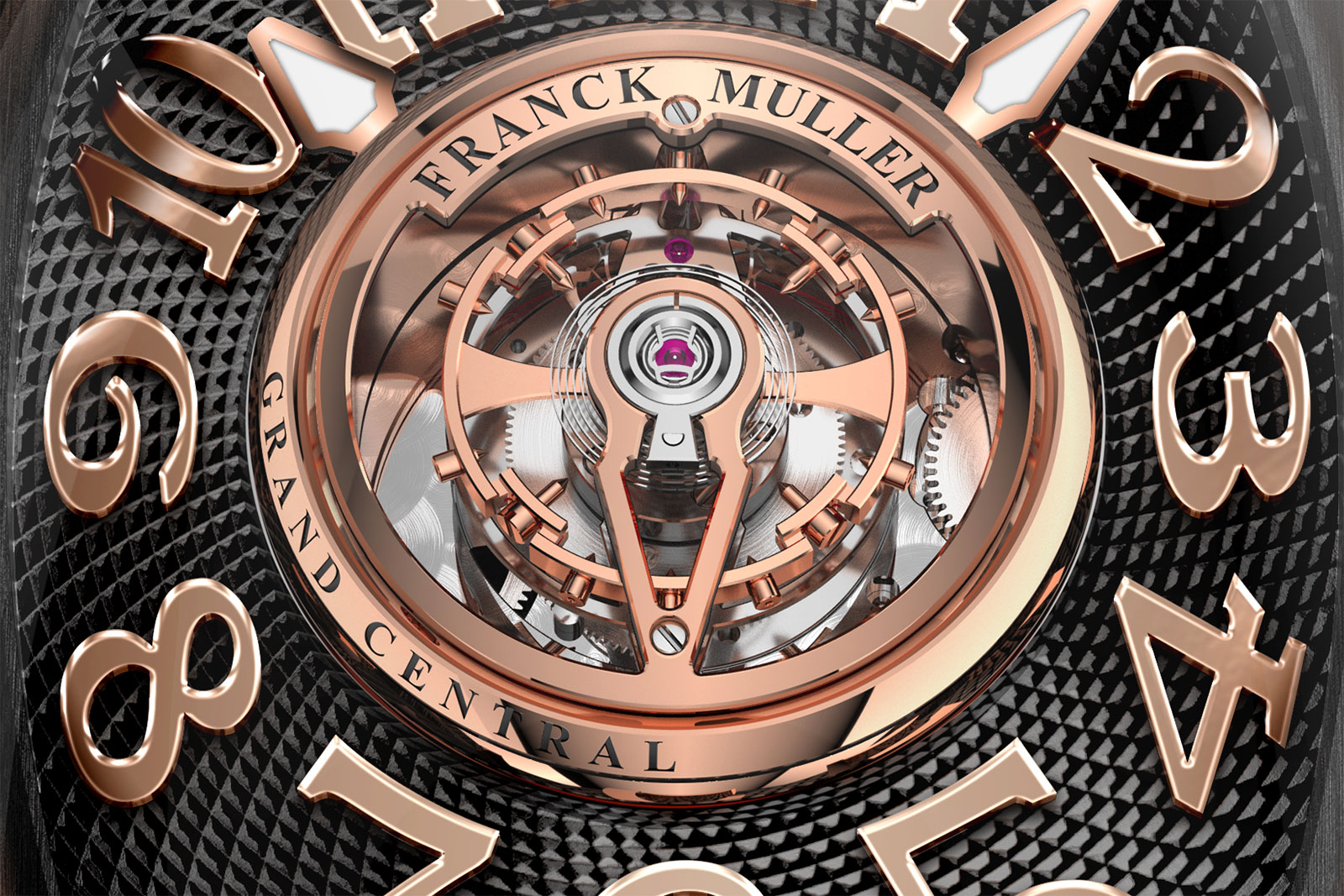 While the case takes the well-known Cintrée Curvex form, it has been redesigned. The curved crystal extends to the lugs, allowing for a more expansive dial. More substantially, the case now incorporates a separate bezel – a first for the Cintrée Curvex – which allows for a two-tone case.

While most Franck Muller tourbillons are hand-wind, the Grand Central Tourbillon is equipped with an automatic movement wound by a micro-rotor. Manufactured in-house by Franck Muller, the cal. FM CX 40T-CTR is made up of 313 components, and features a handy four days of power reserve. 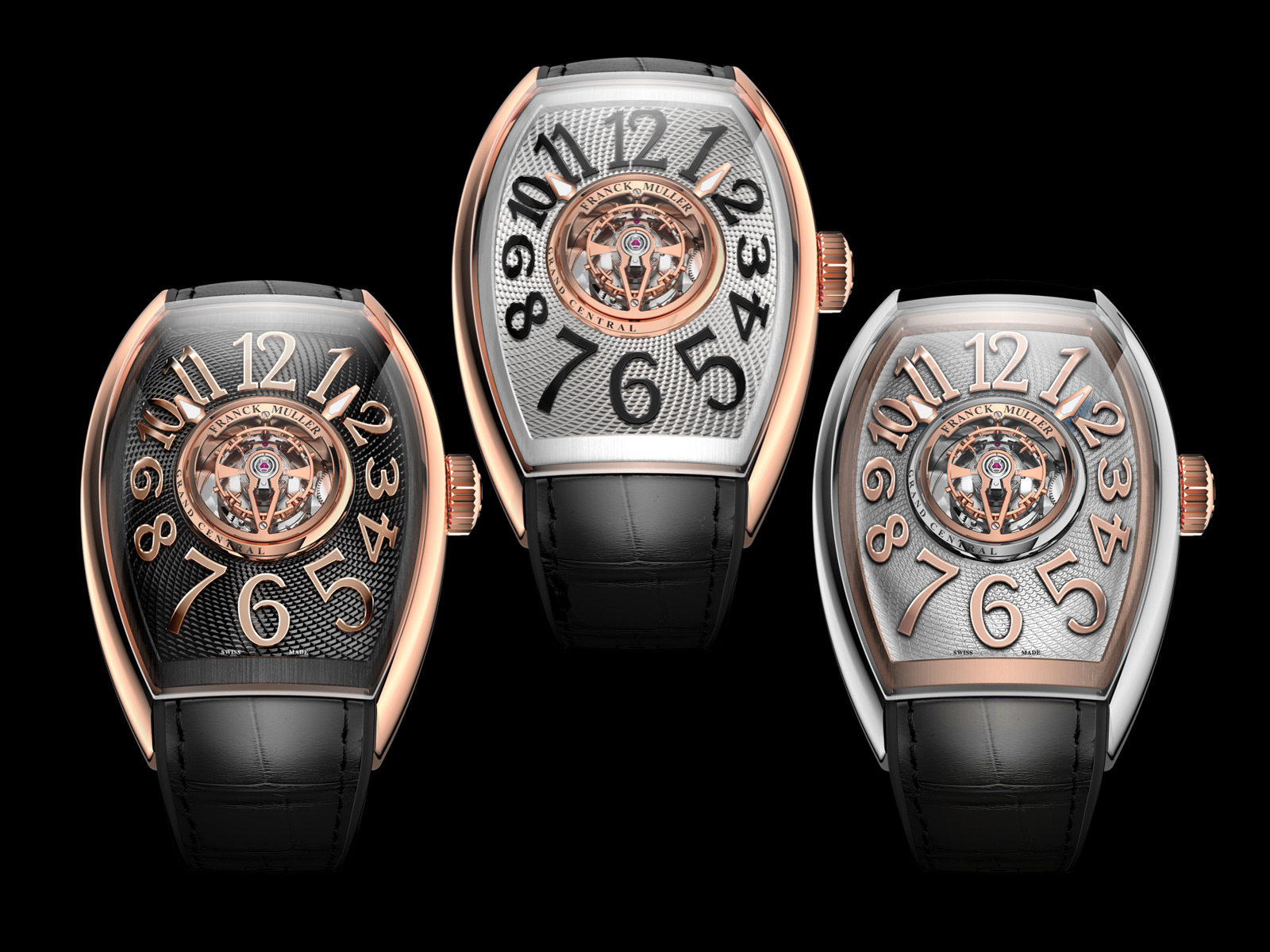 Availability: At Franck Muller boutiques and retailers
Price: Starting at CHF112,000, or about US$125,000, in steel