Journalism is both a rewarding and sometimes dangerous profession.

On Wednesday (21 Aug), @antiELAB – a Twitter account with live updates on the Hong Kong protests – posted a picture of a policeman pointing his baton at a reporter. 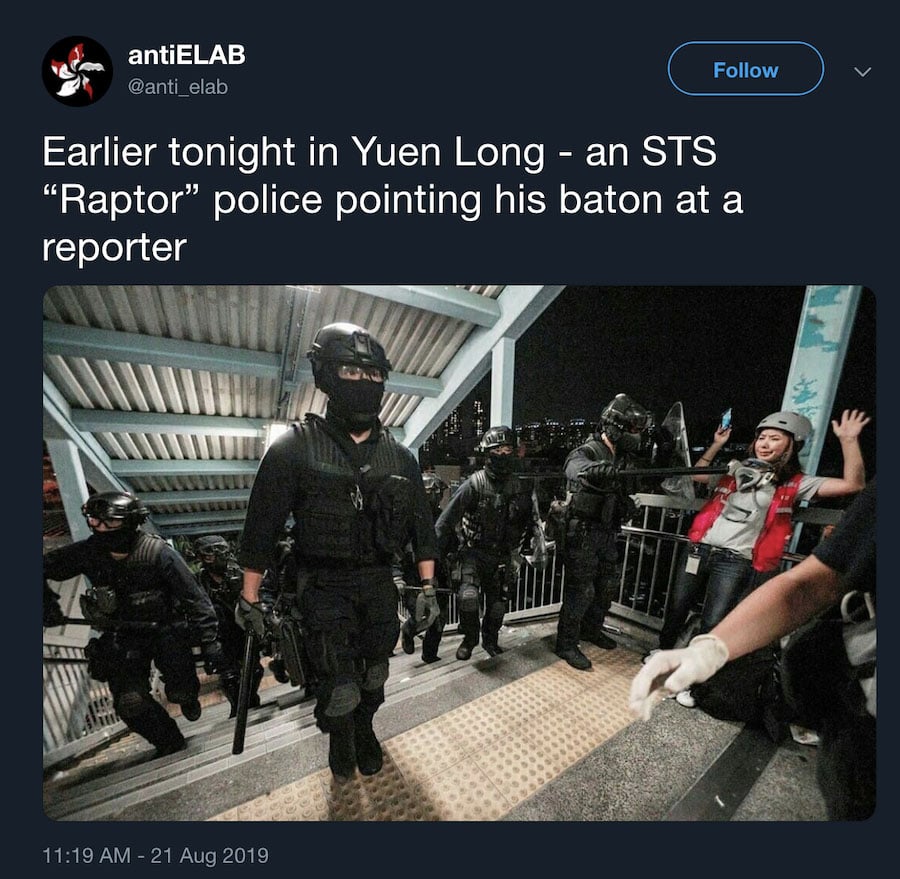 Avid viewers of Channel NewsAsia (CNA) noticed that the reporter was Ms Wei Du. The journalist confirmed that she was the woman in the photo and shared her side of the story in a series of tweets.

On Wednesday (21 Aug), CNA reporter Wei Du shared her version of the events, believing that someone would recognise her in the photo.

She writes that the Hong Kong police deployed their Special Tactical Squad – also known as the “raptors” – to the bridge to chase “protesters”. A police officer then noticed Wei Du and asked her to leave. 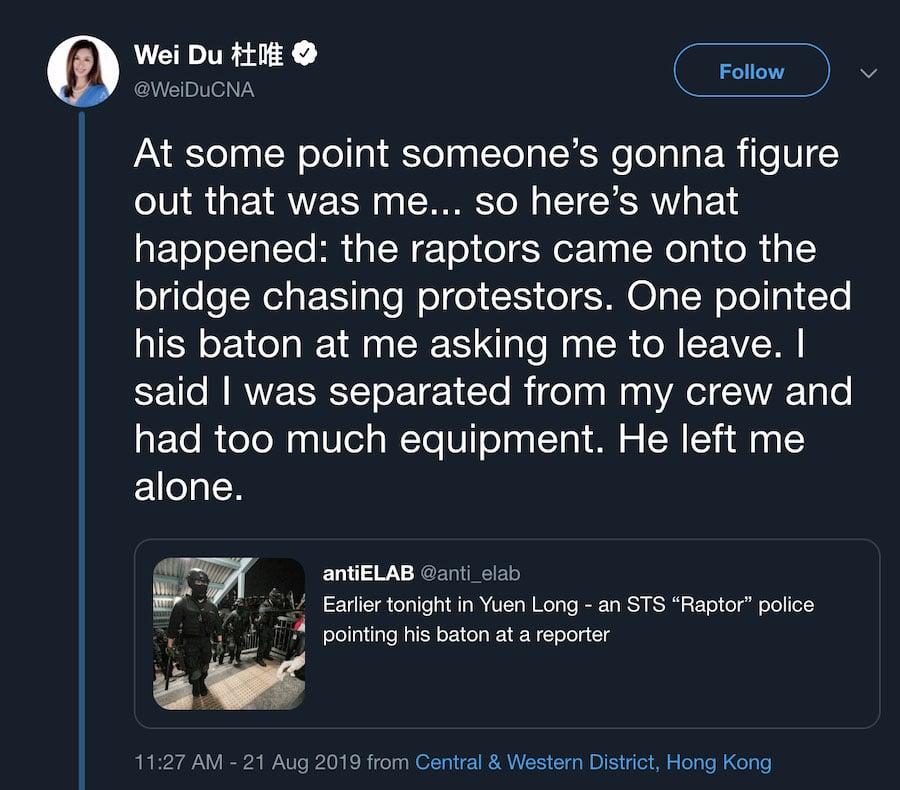 In the photo, the police officer pointed a baton to her chin, while Wei Du raised her hands up in the air. She explained that she was separated from her crew and had carried too much equipment. The policeman then left her alone. 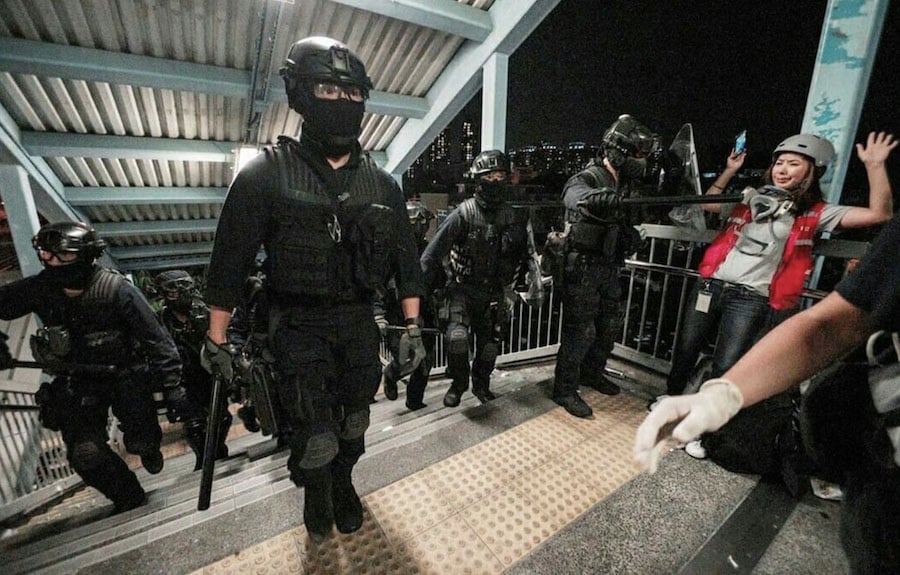 While the confrontation seemed serious, Wei Du lightheartedly joked that she wished the netizen took a more flattering photo of her.

Jokes aside, she thanked the anonymous photographer for bringing to light her incident with the police.

The price for seeking the truth

Reporters sometimes find themselves in a dangerous position in a bid to seek the truth. They could get caught in the crossfire or threatened by the parties involved.

The South China Morning Post reports that more than 1,500 journalists in Hong Kong joined a silent march and allegedly accused the police of attacking them. Another journalist was hit with a tear gas canister while covering the protest.

These incidents are very unfortunate but finding out the truth comes at a cost. Reporters have to be on-the-ground to report events as they unfold, even when involved parties cry foul for being filmed.

Hoping for the safety of journalists

Kudos to this CNA reporter’s valiant efforts to cover events in Hong Kong.

The public needs to know about the country’s current events so that it could eventually reach a resolution. However, we hope it wouldn’t come at the cost of any journalist’s health and safety.

Here’s hoping that all journalists who are reporting future protests will stay safe.

What do you think should be a journalist’s role in the Hong Kong protests? Let us know in the comments below.