How long does it take to glance at a text message while driving? One second? Two seconds? Most drivers believe that texting and driving create only a momentary distraction. On 6 April 2021, or 4.6, Lexus has released a new video to shatter this common misconception.

The average length of time it actually takes to send or receive a text message when behind the wheel is 4.6 seconds, according to the United States’ National Highway Traffic Safety Administration (NHTSA). Distracted driving claimed 3,142 lives in the U.S.A in 2019 according to NHTSA. Texting is the most alarming distraction. At 88km/h, taking one’s eyes off the road for 4.6 seconds is like driving 110m with one’s eyes closed. 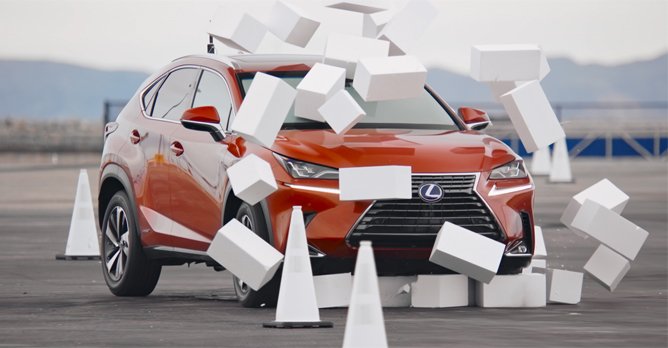 Lexus wants drivers to realise that although 4.6 seconds might seem short, it could make the difference between safety or something worse

In the new video called Driving Disrupted, Lexus demonstrates exactly what happens when drivers can no longer see the road for 4.6 seconds. Participants get behind the wheel of a Lexus NX on a closed course, thinking they are taking the vehicle for a routine test drive.

What participants don’t know is that they are not driving an ordinary NX. They are driving a specially modified vehicle called the NX 4.6. It’s equipped with electrochromic technology that turns the windshield and windows from transparent to opaque instantaneously, completely obscuring the driver’s view for 4.6 seconds. The video captures the chaos that ensues.

Lexus wants to bring awareness to safety behind the wheel by changing perceptions about texting and driving, said Vinay Shahani, Vice President of Lexus marketing. Even the most advanced safety systems on the road today can’t replace the undivided attention of the driver.