The running superstore’s first foray into virtual running events, the Decathlon Virtual Run had been taking place over the past three months, ending recently on the 15th of May.

The event kicked off on 1 March with runners tasked to run 21km cumulatively within the month. Then in April, runners were tasked with running 10km throughout the month on either track or trail terrain. 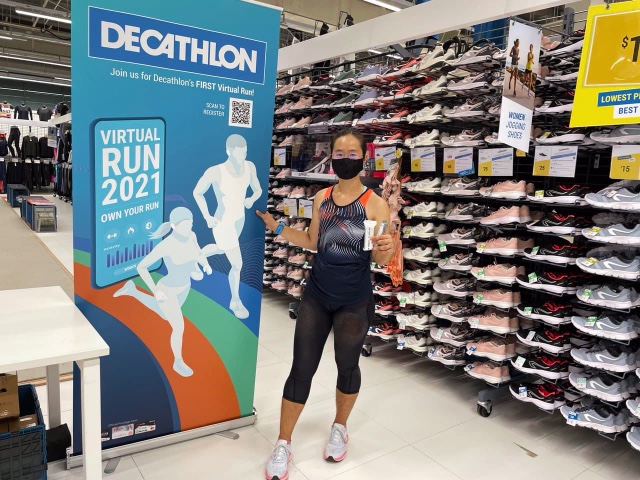 Planning my run and routes

The final leg took place this month, with runners given the assignment of running 7km at one go, ending their run preferably at any Decathlon store in Singapore.

I definitely wanted to take up the challenge of finishing my run at a Decathlon outlet. There are two Decathlon stores near to where I stay, but neither of them were exactly 7km away from my residence.

After looking at the store locations, I decided to run to the Decathlon Lab at Kallang because detours could easily be made via the park connectors if I needed to create some extra distance to make up the 7km.

I had been decked out in full Decathlon attire for the run, from my choice of tank top, to running tights and shoes.

What I really like about Decathlon’s attire is that it is comfortable and breathable yet affordable at the same time. So they definitely won’t burn a hole in your wallet.

I chose to do the run on a Monday evening in early May, beginning at about 7pm.

Though I still do miss racing in person, I guess the good thing about virtual runs is the fact that you can run them anytime, and anywhere you want, thereby squeezing them into your own schedule.

It had been a pretty warm, muggy and humid evening that day.

As such, this made the run significantly harder than I would have liked.

The run went pretty well at the beginning and it started out as quite straightforward. There were a few traffic lights along the way before I hit the Tanjong Rhu park connector.

Not quite as expected

So rather than running around and getting lost, I ended up u-turning and heading back the way I came. This resulted in me clocking some extra distance. So things didn’t go quite as planned.

I guess I’m not super familiar with the Sports Hub even though I have done multiple race events which take me around the area, during the pre-covid days.

So perhaps instead of some guesswork, I should do more research next time with regards to my route, if I am attempting a virtual race next time.

Nonetheless, despite the detours, I eventually reached the Decathlon store, checked in, and claimed a small token of two cereal bars as a reward for finishing the run at one of Decathlon’s stores. 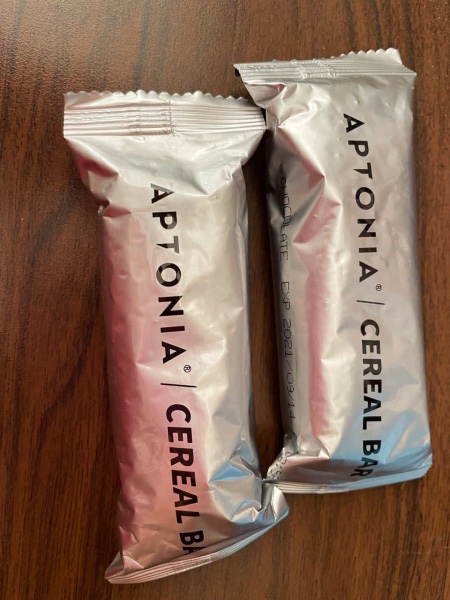 Feeling thirsty after finishing my run, I also hydrated myself with some coconut water before taking the bus back home in air-conditioned comfort.

Now that this three-legged virtual run is over, I would say that I really enjoyed completing the three legs of the Decathlon Virtual Run. It had definitely been a fun challenge for me.