Most couples dream of a lavish wedding with their friends and family, but would you include the homeless in your guest list too?

On Wednesday (13 Nov), YMI – a platform for young Christian people – shared that a couple invited the homeless to their wedding. 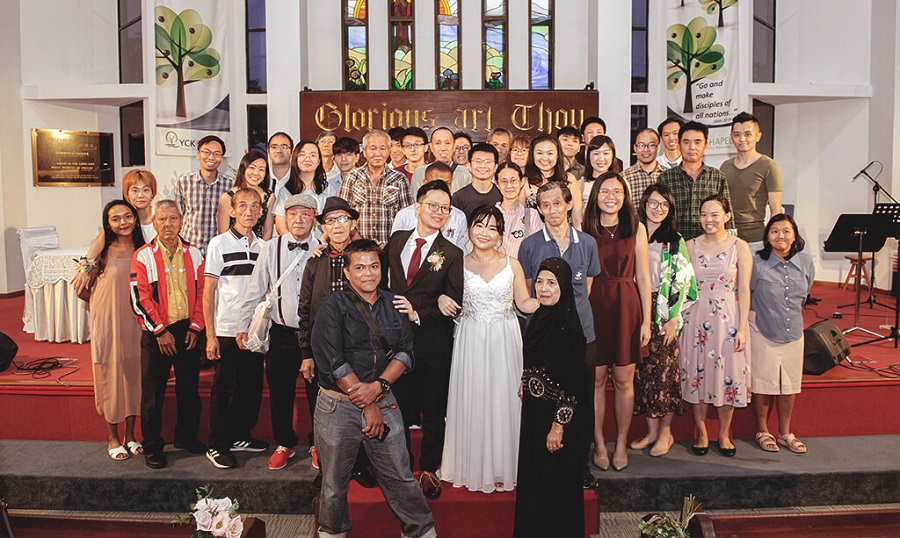 Here’s a look at one of the kindest gestures we’ve seen at a wedding.

Many couples wish for extravagant gowns, professional video editors and luxurious venues. Instead of the norm, Mr Abraham Yeo and Ms Peng Cheng Yu opted for a carnival and buffet-style wedding for their guests. 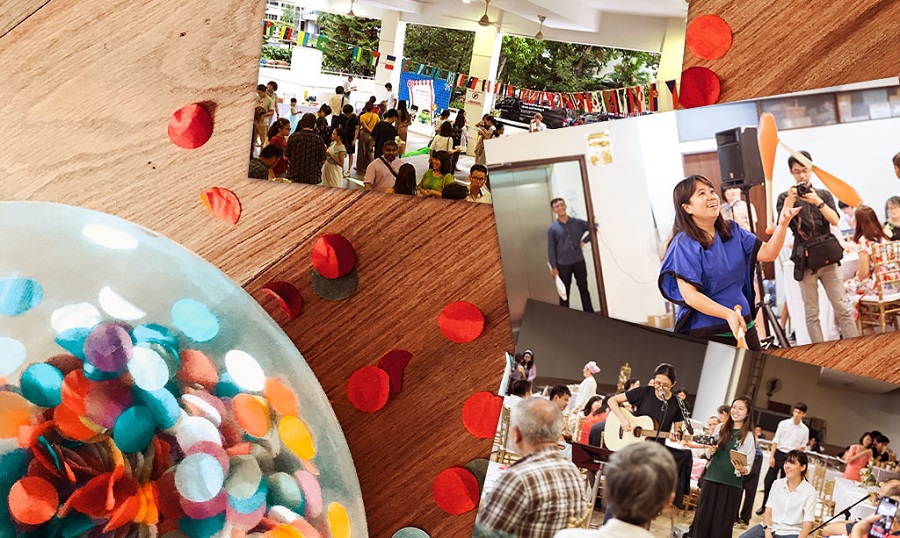 We wanted the banquet to resemble a heavenly feast for our guests and to offer them a sense of abundance.

To establish a community setting, they set up long tables for their homeless guests. On the other hand, they provided 4 small Chinese-style round tables for parents and close relatives.

They freely handed invitations for their homeless guests but some were hesitant to attend. While the couple reassured them, some were concerned about the formal outfits that the event would require.

They felt embarrassed. for us who never had a lack of clothes, we will not understand how they feel.

The couple wanted to provide clothes for their guests, but their budget was already stretched to its limit. Fortunately, a friend offered to pay for the guests’ wedding clothes and helped them shop for outfits too. Everyone was so well-dressed. You will never be able to tell one apart from the other.

A heavenly feast for everyone

The highlight of the occasion was the heavenly feast they provided for guests.

Mr Yeo was deeply touched by the sight of guests from various social classes and ethnicities who mingled and feasted together.

Although the buffet was costly, they wanted their guests to have a good time. In turn, they got back all the money they spent on catering through red packets gifted by their guests. To ensure that they don’t break the bank, the couple’s friends also volunteered to work as carnival helpers and photographers for the special occasion. The bride also bought her wedding dress from a shopping website and kept her makeup to a bare minimum.

Their friends were the inspiration for their generous banquet since they also invited the homeless to dinners and birthday parties.

Mr Yeo was inspired to form a ministry after a trip to Japan where he encountered needy people in Tokyo.

At that time, he was low in cash since his budget was only S$500 for the two-week trip. Luckily, he received a batch of freshly baked bread and cake from a pastor.

Without a second thought, he brought the food to the less privileged and distributed them with fellow volunteers.

Upon returning home, he discovered that local churches did little to help the homeless so he established Homeless Hearts of Singapore.

Mr Yeo eventually met his future bride-to-be at one of the ministry’s events. They bonded through the ministry’s activities and their shared passion for service.

After their wedding, the couple had their honeymoon in Japan.

Since they’re both dedicated to helping the less privileged, they spent the trip visiting slums and back alleys. The couple plan to expand their missions’ activities in Japan in the future. For now, they’re planning to build a house church for their friends at Homeless Hearts.

They also want to launch a social enterprise called Abba’s House – a missional community. The venue will be a place where the rich and poor can enjoy family-style dinners in a table.

Kudos to the couple

Like their wedding, the couple’s future initiatives are very inspiring so we’re looking forward to their future together.

We hope that they can reach out and help a lot of less privileged locals in the city.

What do you think of their inspirational initiatives? Let us know in the comments below.