Mothership Resort in Chiang Mai was founded by a group of foreign expats from Europe.

Like any tourist, they felt like aliens that landed in a foreign destination, hence the inspiration for its name — Mothership. The establishment consists of a series of dome buildings that seem to mimic homes from sci-fi movies. 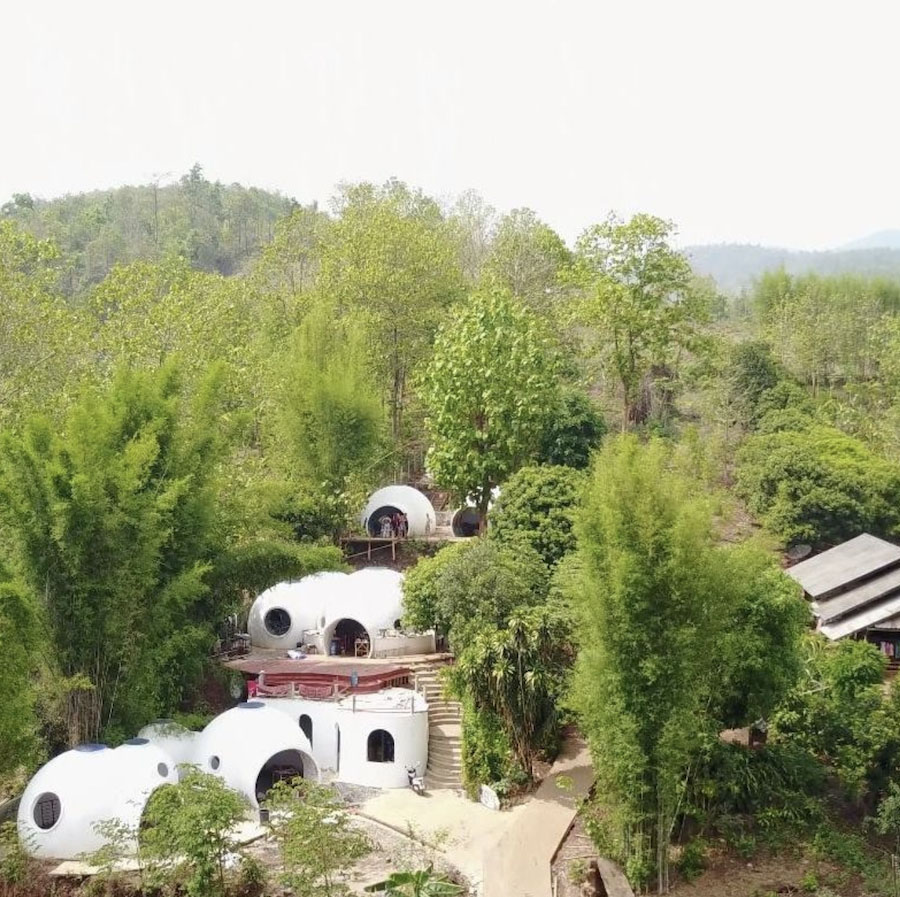 Here’s a peek at this vacation spot from Corto Documental.

Mothership appears to be a series of dome-shaped ships that landed in the forest of Chiang Mai.

The property is surrounded by lush trees and shrubs that make it the ideal abode for campers and hikers. 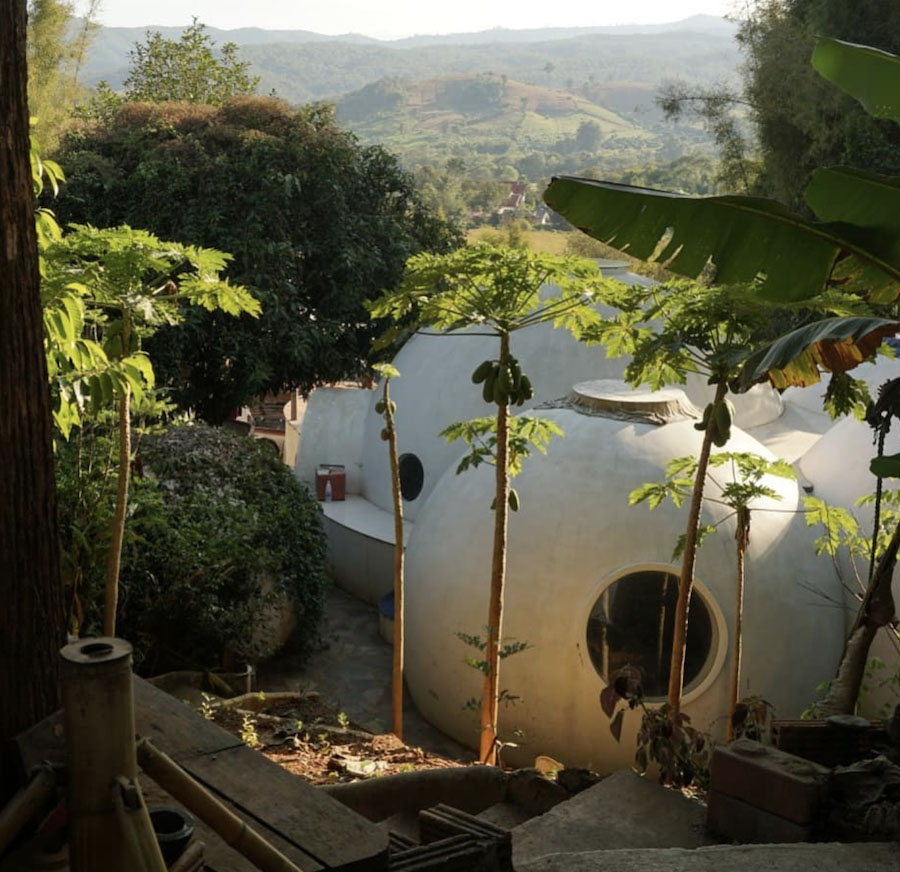 You’ll never have to worry about going to the grocery store for food. The residents maintain a small farm garden for local produce such as chillies, pineapples, tomatoes, salads, and carrots. 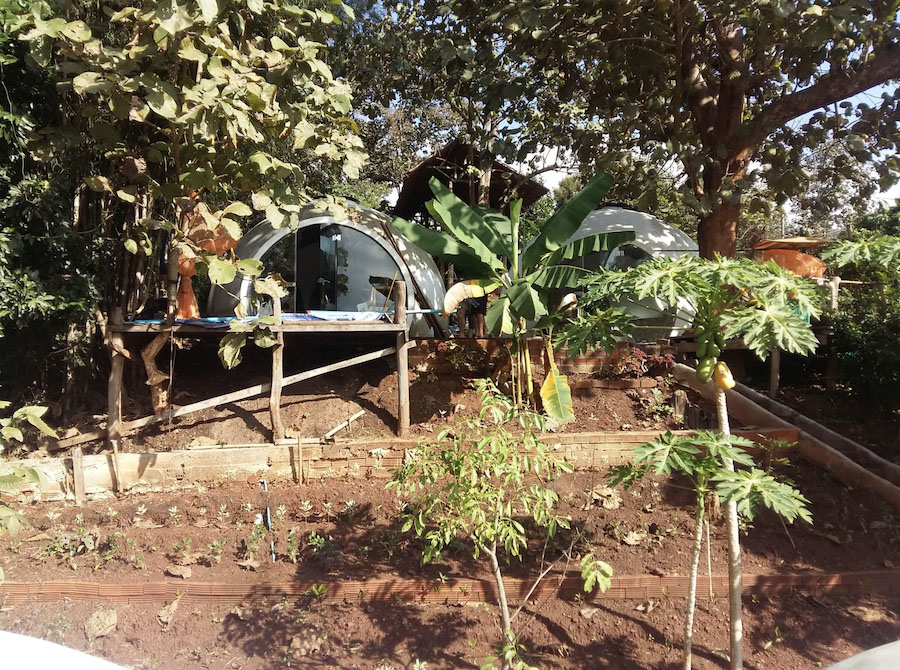 Mothership seems like the ideal destination for thrill-seekers during the daytime, but at night the special lighting effects transform the buildings into ships charged with electricity. 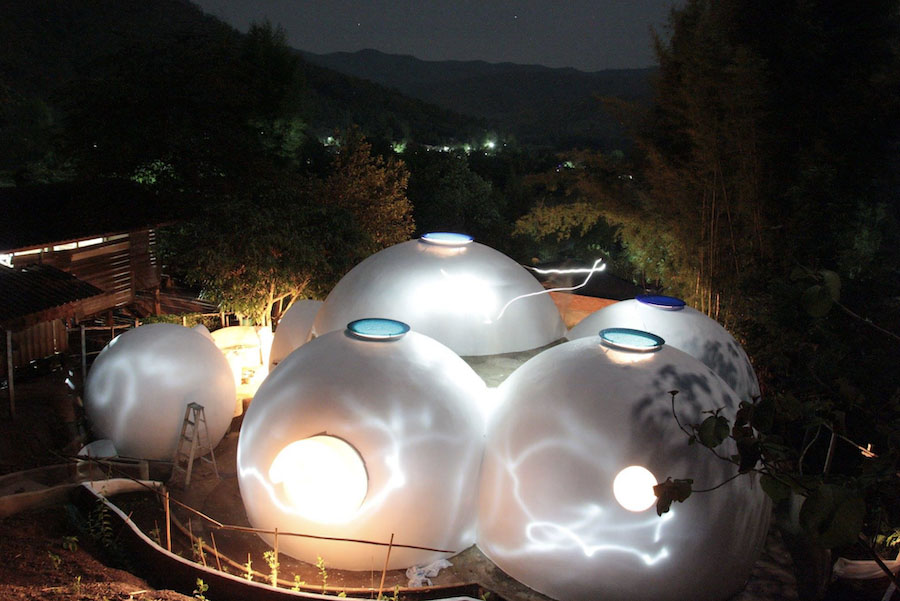 Don’t expect to find machines and tech gadgets in the interior though, because the founders have opted to stick to nature-inspired mosaics and paintings. Each mosaic was built by breaking the tiles and piecing them together to form images. Tiles are usually cut with clippers to form straight lines and some designs are more complicated than others. This nature-inspired mosaic of a flower and the famous Cheshire cat will make your fingers  linger at the vibrant tiles. 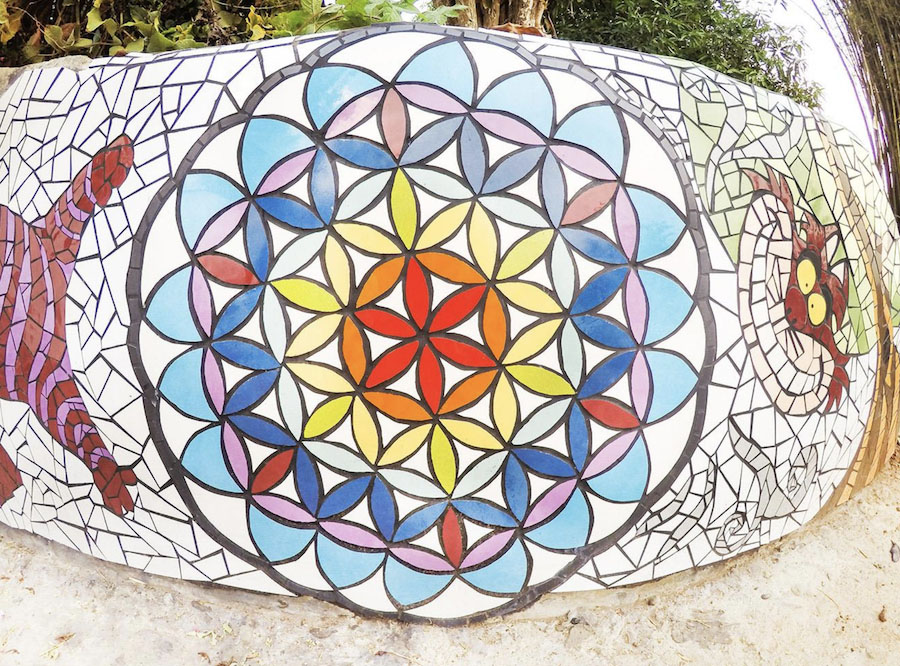 This one-of-a-kind windowsill features common sights in Thailand such as the starry night sky, scenic sunrises, and huge elephants. 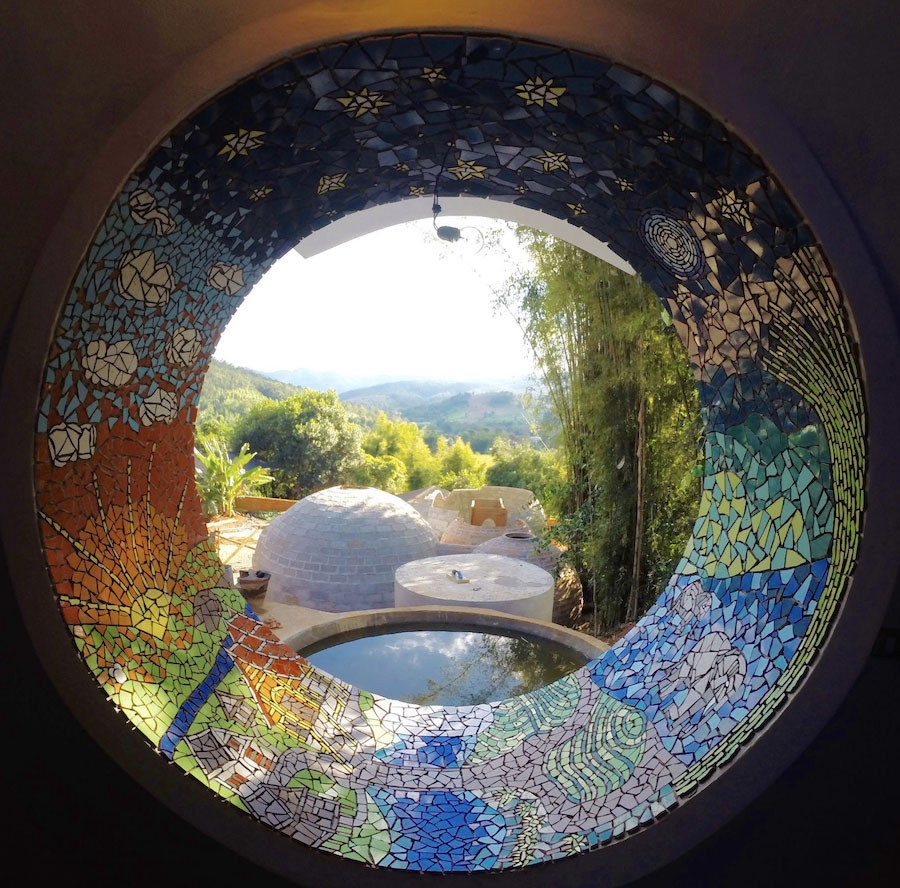 A trip to nearby destinations will lead you to Maewang Waterfall. The secluded paradise is the perfect place to unwind with friends and escape from the stress of city life. 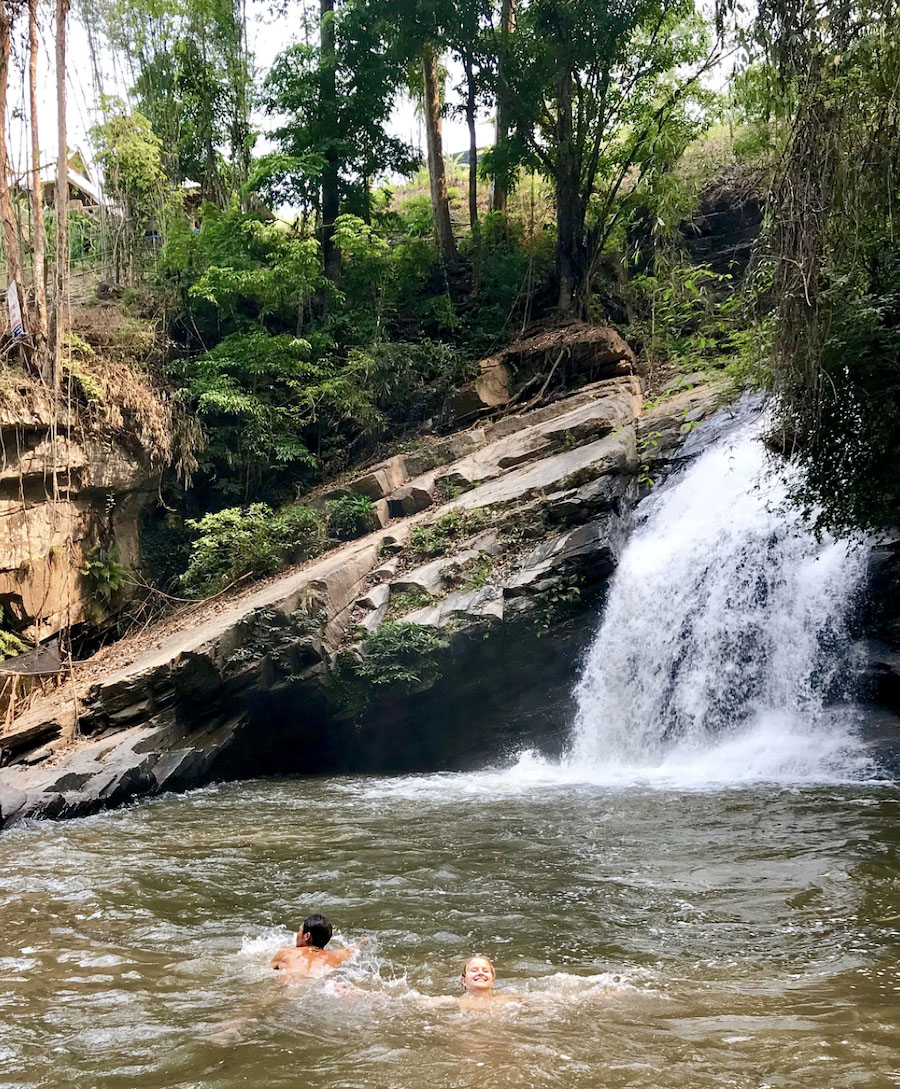 You’ll undoubtedly bask in the natural rock formations and towering trees, which is a nice departure from staring at your laptop 24/7. 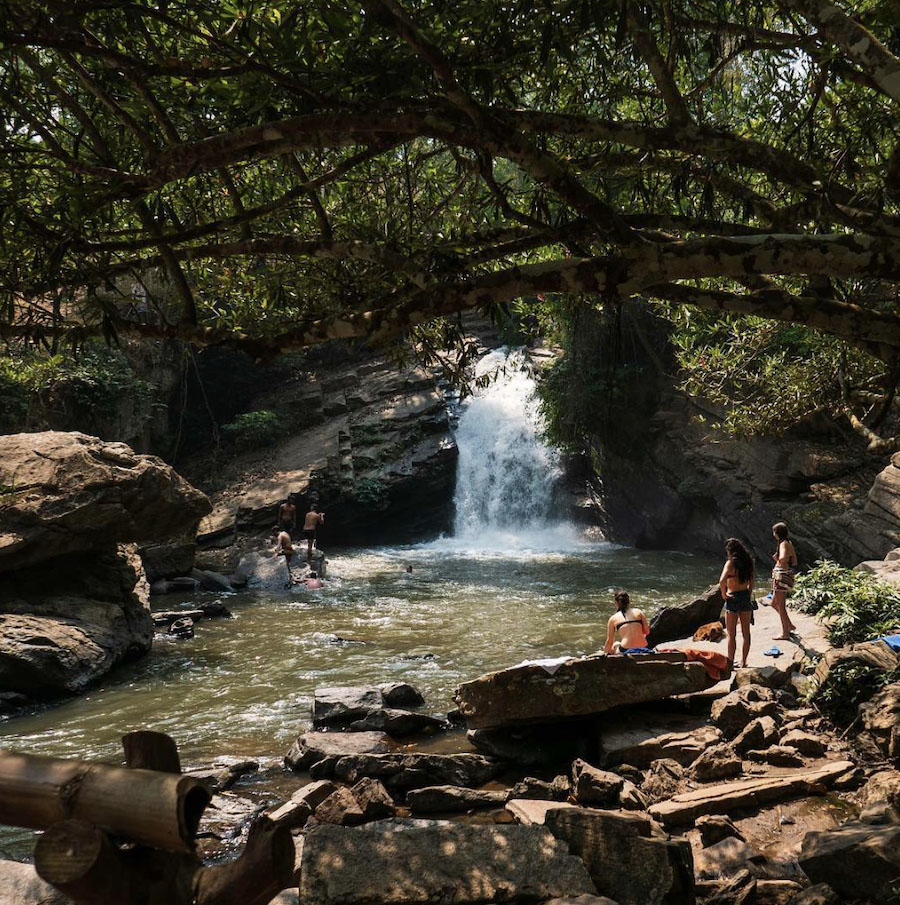 While you’ve had splashing fun in water parks, these waterfalls will remind you that nothing can compare to the original. Doi Inthanon – 16km away from the resort – is the highest mountain in Thailand. Wandering across the park will eventually lead you to Wachirathan Falls. The sight of the powerful cascading water proves that trekking in a forest is definitely worth it. 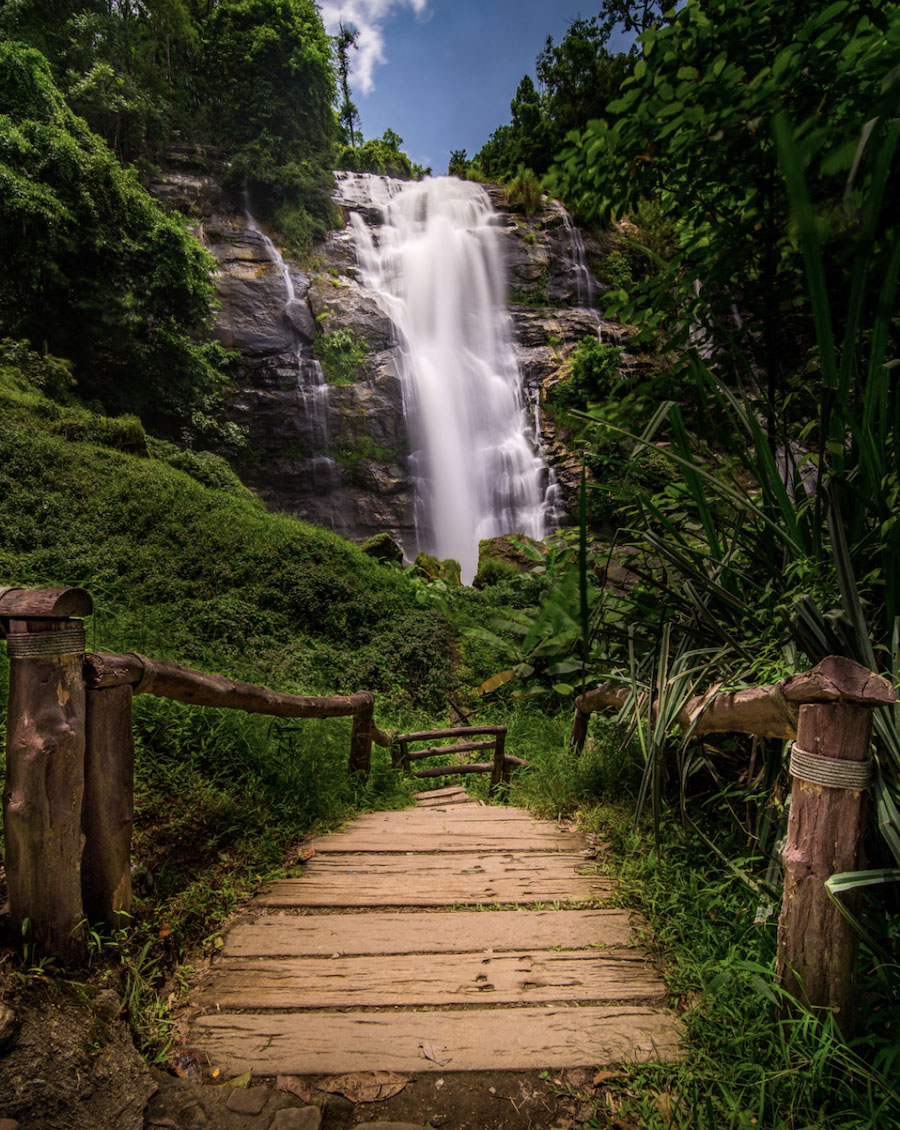 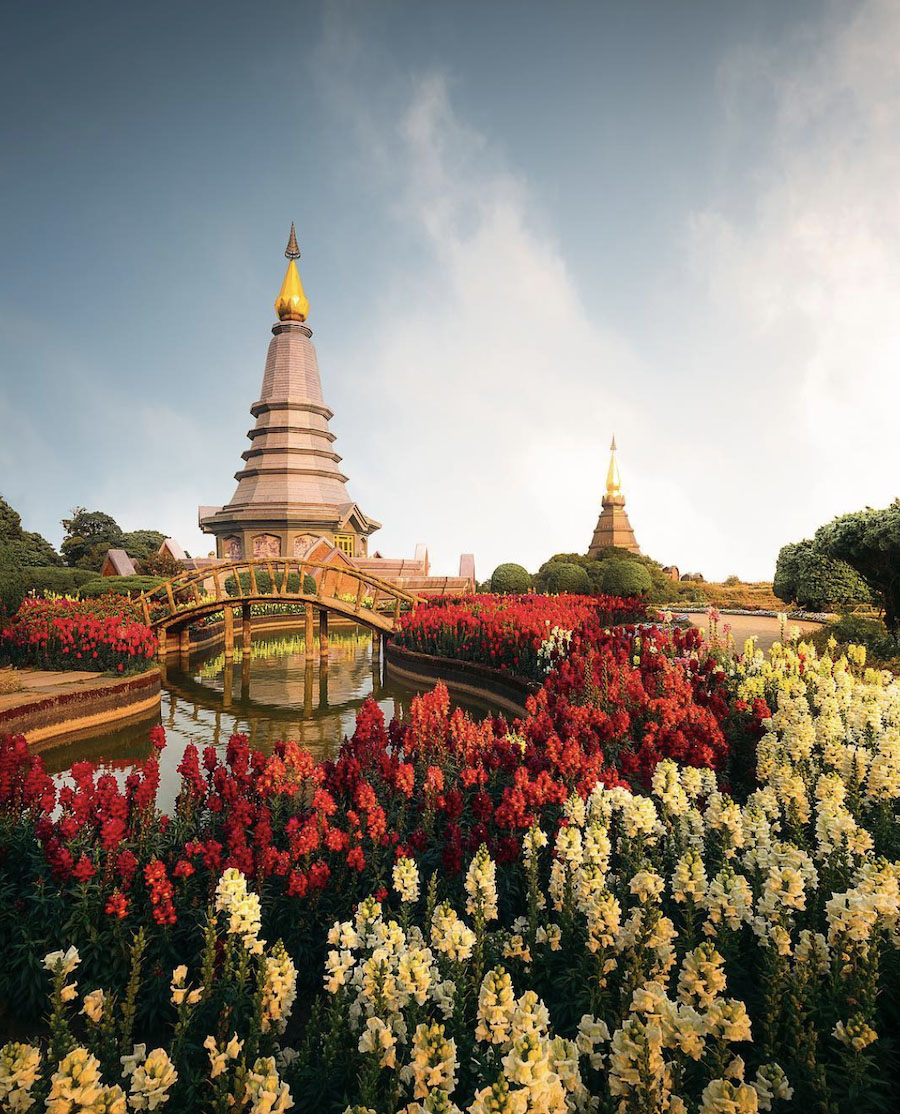 The first pagoda was built in honor of the late King Bhumibhol the Great’s 60th birthday in 1987. The second was finished 5 years later to commemorate the 60th birthday of his wife Queen Sirikit. 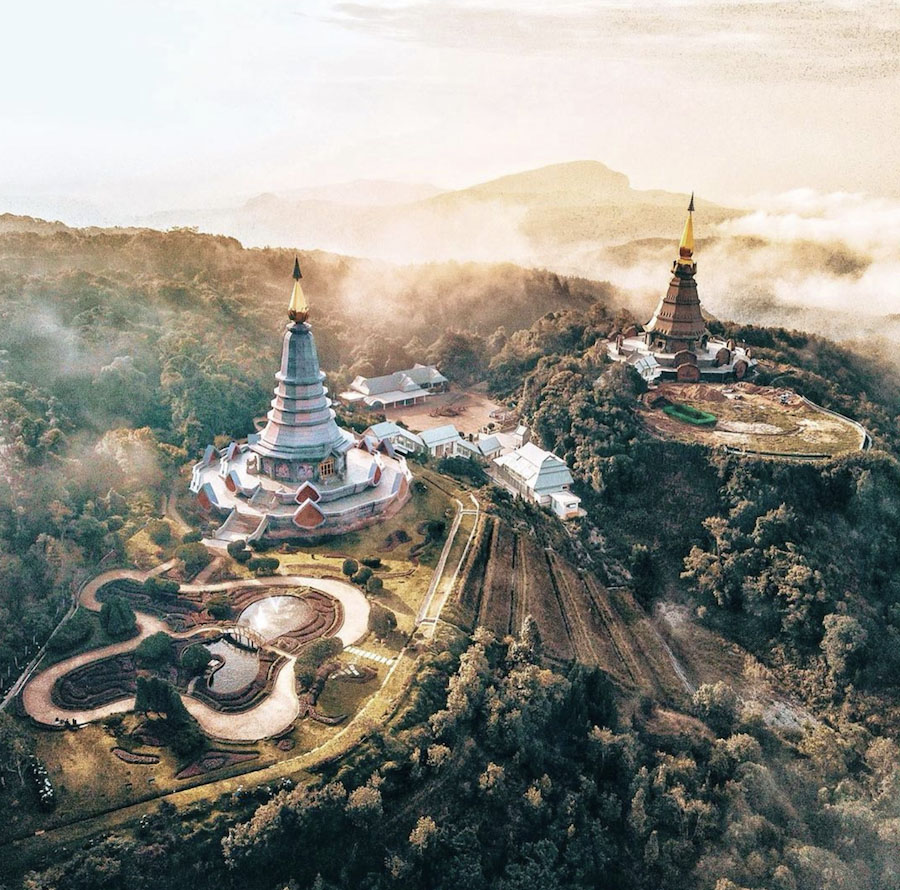 Mothership Resort is located in the village of Ban Mae Mut, Chiang Mai.

A stay at the resort will cost you $35/night. It’s a small price to pay for a chance to visit waterfalls, royal pagodas, and otherworldly homes.

The resort is an hour and a 10-minute cab ride from Chiang Mai International Airport. We suggest you contact the owners on Facebook to learn more details.

If you want to reconnect with nature then you’ll definitely earn the bang for your buck whilst farming and swimming in Mothership’s nearby destinations.

What are the places you plan to visit in Chiang Mai? Let us know in the comments below.

The post This Mothership Resort In Chiang Mai Lets You Stay In A Spaceship In The Middle Of A Forest appeared first on TinySG.

The post This Mothership Resort In Chiang Mai Lets You Stay In A Spaceship In The Middle Of A Forest appeared first on TinySG.