We’re fast approaching the first anniversary of the SCB X Card, which launched in the innocent days of July 2019 when corona was a beer and social distancing was just a thing I did at parties. 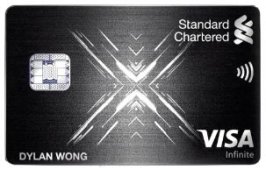 For many cardholders, this presents a S$695.50 dilemma: renew, or cancel?

For those just joining us, here’s the abbreviated history so far. 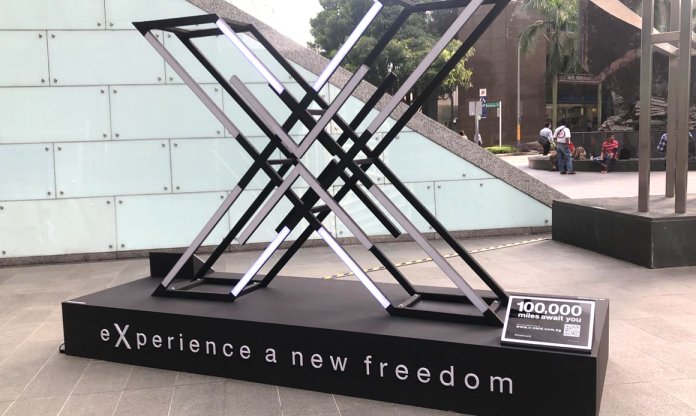 The SCB X Card officially launched on 25 July, with an unprecedented 100,000 miles sign-up bonus. This proved so popular it ended up being pulled on 31 July, just six days after launch.

The replacement offer of 60,000 miles was still good, but obviously not as attractive as the original.

Even so, the bank had difficulty keeping up with demand. This was nowhere more evident than the packaging. When it first launched, the SCB X Card came in a beautiful box that lit up when opened. A few weeks later, and that became a regular box sans lights. A few weeks more, and just a regular envelope.

So overwhelming was the response that SCB eventually decided to temporarily suspend any new applications on 20 August. There then followed a long limbo period, and at one point the SCB X Card had been closed for applications twice as long as it’d been open.

The moratorium came to an end on 16 October when Standard Chartered relaunched the SCB X Card, but in plastic this time. Cardholders would get an IOU for a metal card, with the same 60,000 miles sign-up bonus as before.

The sign-up bonus ended on 31 December, and since then the value proposition has simply been 30,000 miles for S$695.50- hardly the deal of the century.

What’s the deal for the second year?

Standard Chartered has been tight-lipped about what cardholders can expect in the second year. Customer service has repeatedly said that details will be announced by early July, and offered little information beyond that.

The way I see it, there are three key questions that will determine whether cardholders renew or not.

What’s incredible is that up till now, we still don’t have clarity on whether cardholders will receive a further 30,000 miles for paying the second year’s annual fee.

The landing page seems to suggest so. Note the use of annual fees (plural), suggesting it’s a recurring thing.

But the T&Cs position the 30,000 miles as an “upfront gift promotion”, which suggests it’s only available in the first year.

Moreover, Standard Chartered customer service has declined to give a definite response on the matter, simply echoing the party line that “you’ll know in early July 2020”. 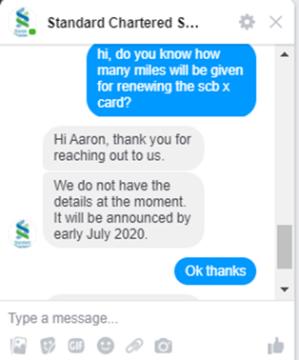 Here’s the thing though. Even if the SCB X Card did award 30,000 miles in the second year, it would not be sufficient, in and of itself.

30,000 miles for S$695.50 works out to 2.32 cents per mile, well above the market value. For people to be willing to renew, the card would have to offer some new promotions and benefits. 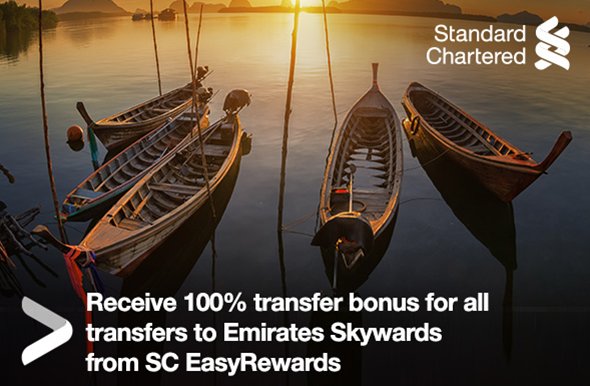 The first year of the SCB X Card saw a handful of points transfer promotions with the following partners:

These are great promotions to have (I used the Accor bonus to cash out my entire points balance), but won’t actually retain cardholders unless they can be assured of their regularity. If cardholders see these promotions as one-time only, they’ll simply use them to cash out their points and never come back.

Come to think of it, a far better way to lock in cardholders is to offer bonus earning promotions. Sadly, those have been few and far between. The only bonus miles promotion we’ve seen for the SCB X Card is the still-ongoing 3 mpd offer for foreign currency spending, which lapses at the end of June 2020.

It’s surprising to me that Standard Chartered hasn’t taken advantage of tax season to offer a special for the SCB X Card and EasyBill. We’ve seen Citibank do this with a 1.5 mpd offer for the Citi PremierMiles Card with PayAll, and surely this would be a great time for Standard Chartered to push their version?

Although its income requirement is “only” S$80,000, the SCB X Card’s annual fee and positioning puts it squarely in competition with the so-called $120K segment, alongside heavyweights like the Citi Prestige and OCBC VOYAGE. 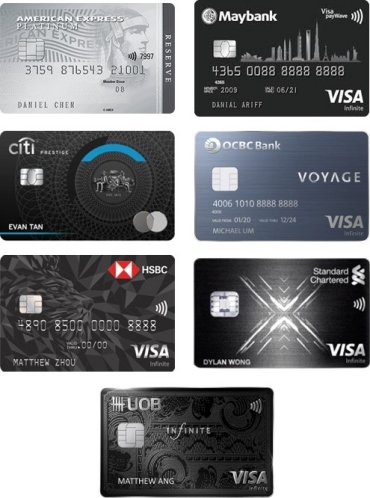 There’s simply no equation in which 30,000 miles + 2 free lounge visits > S$695.50. It stands to reason, therefore, that we must see some new benefits before the second year starts.

After all, the SCB Visa Infinite had already been on the market for three years at the time the X Card launched, and was aimed at those earning at least S$150,000 a year. There would have been some pretty ticked off premium customers if the “inferior” (in terms of income requirement) X Card offered better benefits.

If that theory holds, then the SCB X Card couldn’t offer anything more than 1.4/3.0 mpd on local/overseas spend, or six lounge visits. It couldn’t have anything the SCB Visa Infinite didn’t, and given how mediocre those benefits already were, it’s not surprising how underwhelming the eventual offering was.

Now that the SCB Visa Infinite is out of the picture, the SCB X Card becomes the bank’s top-tier offering. Maybe this paves the way for better benefits.

We hope, we pray.

What should SCB X Card members do now?

Please repeat after me: There is no need to cancel the card prematurely. 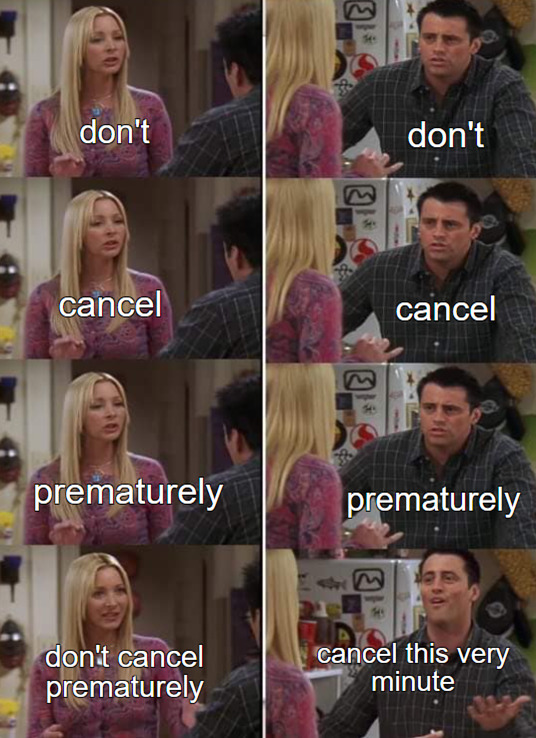 And yet, in the SCB X Card Telegram Group, there are numerous cardholders reporting how they’ve already cancelled their card.

I can’t for the life of me figure out why. There is nothing to be gained from cancelling ahead of schedule. It’s not like you get a pro-rated refund of the annual fee. Instead, you simply miss out on the upside, should Standard Chartered pull off a last minute hail Mary.

Even if they don’t, and you get billed the second year’s annual fee, all it takes is a simple phone call to reverse it and cancel your card.

What would make me retain my SCB X Card? I can’t think of anything, really. I got the X Card entirely for the sign-up bonus, and even if they were to add things like unlimited lounge access or airport transfers, I’m covered for that with my AMEX Platinum Charge and UOB PRVI Miles AMEX.

I do appreciate the wide range of transfer partners that Standard Chartered has, but that’s not enough to make me pull the trigger again.

That said, I’m prepared to be surprised. Let’s hope the team has one more trick up their sleeve.

What would make you retain your SCB X Card?